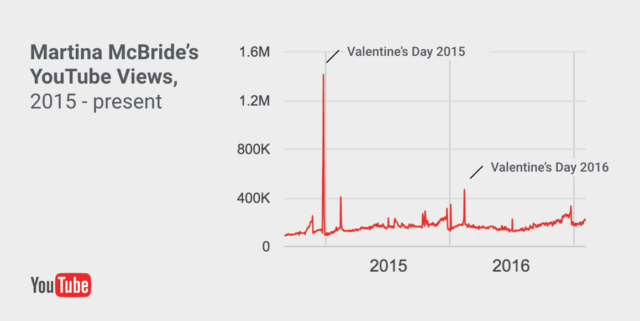 Among all musicians on YouTube, Martina McBride’s music has had the largest increase in views on Valentine’s Day. When compared to an average day on YouTube, her content receives 2.8x more views on Feb 14th.

For example, here are views for McBride’s music over the past two years.

It’s no surprise that fans revisit her music on Valentine’s Day: McBride’s most popular song on YouTube is “Valentine,” with nearly 21M views since the beginning of 2016.

We also looked at musical trends for Valentine’s Day in 2017. While this year will be tough to predict, we’ve noticed a couple surprising insights: 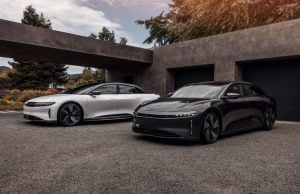