E3 2017, one of the most anticipated events for the gaming industry, has just concluded. The YouTube Gaming hub gave fans a front row seat to the three-day expo, tracking trailers, press conferences, and event highlights.

Now that it’s over, we can determine how fans responded. Which game received the most buzz on YouTube? We totaled views of trailer releases, industry coverage, and fan-uploaded reactions to determine which game stole the show.

Among the 200+ games with a major announcement at E3, “Star Wars Battlefront II” had the most views of any title.

This ranking includes all videos related to the title, including trailers, official gameplay, media coverage, and fan-uploaded reactions. Notably, EA’s press conference included four of the titles in our top 10, a nod to the strength of its showcase.

During E3, “Star Wars Battlefront 2” was both the #1 most-viewed trailer, and the most popular game across all videos uploaded to YouTube, with over 7.9M views.

In second place is the “Super Mario Odyssey” trailer with 5.5 million views. It was one of the last titles to be announced at E3, so its ranking is even more impressive given that it proceeded the “Star Wars Battlefront 2” trailer release by three days.

Stay tuned to the YouTube Gaming hub – we’ll announce the winner of the E3 Trailer Battle based on fan votes shortly! 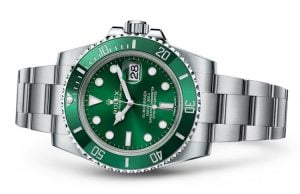 August 8, 2022
The luxury watch market is positively booming as of late, with more chances than ever to scoop up a covetable timepiece via resale —...