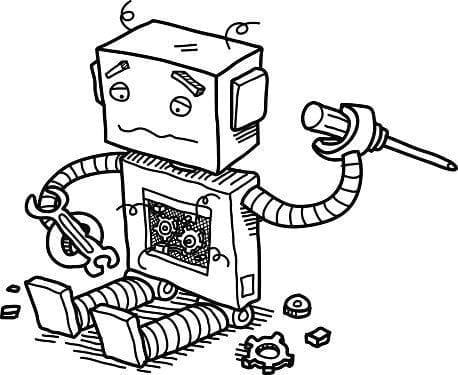 Our D.C. office building got a security robot. It drowned itself.

We were promised flying cars, instead we got suicidal robots. pic.twitter.com/rGLTAWZMjn

The Knightscope security robot, an R2D2-shaped rolling bot, can turn, beep, and whistle while on patrol. It can also self-destruct, as one proved while working outside the Georgetown Waterfront in Washington, D.C. It rolled into a decorative fountain and drowned. Bystander Bilal Farooqui summed up the disappointment of the 21st century on Twitter: “We were promised flying cars, instead we got suicidal robots.” A recent study reported that 38 percent of the jobs in the U.S. are at risk of automation, meaning nearly four in 10 of us will soon be replaced by these more highly evolved creatures.

A new Australian study revealed that feeding cows a diet as little as 2 percent seaweed can nearly eliminate the methane from the gas they pass. U.S. cow burps and farts contributed about 6,400 kilotons of methane into the atmosphere during 2015. A potential added bonus for the cows: a Canadian farmer also observed that cattle that ate seaweed enjoyed a longer mating cycle.

Spending Time in the Alps

Not every outcome of climate change is negative. A shrinking glacier in the Alps this week revealed the frozen bodies of a Swiss couple whose family had been searching for them for 75 years. Marcelin and Francine Dumoulin, who were the parents of seven children, went missing when they went to milk their cows on Aug. 15, 1942. The couple was found with their identity papers and wearing clothes from the World War II era, and DNA testing will soon be performed to assuage any doubts as to their identities.

Chinese President Xi Jinping is taking aim at A.A. Milne’s children’s character Winnie the Pooh, using China’s army of internet censors to block all references to that “Silly Ol’ Bear.” The reason: Xi looks enough like Pooh to have inspired several memes comparing the two. Xi purportedly is undertaking the censorship effort to hold on to power in advance of the upcoming Communist Party Congress this fall. In doing so, however, he may have opened himself up to further comparison with Pooh Bear, who himself took extreme measures to protect his “hunny” from heffalumps and woozles.

If Shrunken Brains Could Talk

Archeologists in Madrid earlier this year came upon an extreme rarity while excavating a mass grave from Spain’s late 1930s Civil War: perfectly preserved brains. According to a report in Reuters, heavy rains seeping into bullet holes in the skulls of some of the victims turned the brains into a soap-like substance. The 45 specimens unearthed — shrunken, brown, with ridges still showing — now form the largest collection of naturally preserved brains in the world.

In order to reduce the mosquito population in Fresno, California, Verily, the life sciences division of Google parent company Alphabet, is releasing 1 million male mosquitos into the wild every week for 20 weeks. The male mosquitoes have been infected with a bacteria that makes them sterile, and if the female mosquitoes in the wild mate with them, the population will supposedly drop. The initiative is an effort to stop the spread of the Aedes aegypti mosquito, known for spreading yellow fever, Zika, dengue, and chikungunya, none of which is present in Fresno.

The View From Above

Four crew members of a British police helicopter are on trial for using a high-powered camera to spy on naked sunbathers while making their rounds. Now the footage from that camera is being used as evidence against them, including an 8-minute clip of a couple having sex in their garden. The prosecutor, speaking to jury members about to watch the video, said, “You may hope that the police helicopter is chasing down criminals and keeping the community safe. You may never imagine that in fact it is being used to film a pair of swingers in the throes of sexual passion for the entertainment of the crew.”

Police set a naked Wisconsin man on fire using a stun gun trying to restrain him. The stun gun struck a lighter he was carrying, which ignited the man’s beard and chest hair. The man took a chance for revenge while officers put the fire out. He punched one of them in the face.

.@Delta employee questionnaire: What is your ideal job: Prison guard? Animal handler? Stasi policeman? All of the above: HIRED!

Conservative commentator Ann Coulter became the latest victim of the airline industry’s horrible customer service this month when she was reassigned from a seat upgrade that had cost $30. She took to Twitter calling the woman who got her seat with additional leg room “dachshund-legged” and posting a picture of her. She also said the ideal job for a Delta employee would be a prison guard, animal handler, or an East German policeman. Her hate-filled rant inspired Twitter user Mark Curtis to write “Only people like Ann Coulter could make one take the side of the airline. I will book my next flight with @Delta.” Delta, for its part, offered to refund her $30.

Fifteen Mexican-made Ford cars were found to be carrying 32 pounds of marijuana each in the spare tire compartments — replacing the standard donuts. The marijuana, worth about $1 million, was part of a smuggling scheme gone wrong.

From The Creators Of “The Blob” Comes …

And in disgusting-things-you-might-come-across-on-the-highway news: In Oregon a truck full of 7,500 hagfish, also known as “slime eels,” flew off the back of a truck and onto the road and other vehicles, causing a chain-reaction five-vehicle crash on July 13. The Oregonian described the scene as “straight out of your nightmares” with slime and slithering creatures everywhere. The slime fish, whose mucus expands when combined with water, is a delicacy in Korea, but while they are still alive they eat dead carcasses of larger animals by tunneling into them face first.

Dave Eisenstadter can be reached at [email protected]. 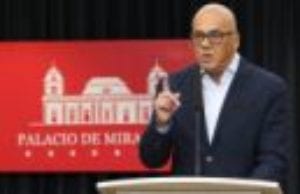 June 26, 2019
Venezuela's socialist government said Wednesday it has derailed an attempted coup, claiming the United States, Colombia and Chile colluded in a plot by officers...

September 23, 2020
Senator Lisa Murkowski (R., Alaska) said on Tuesday that she wouldn't rule out voting to confirm President Trump's nominee to the Supreme Court before...