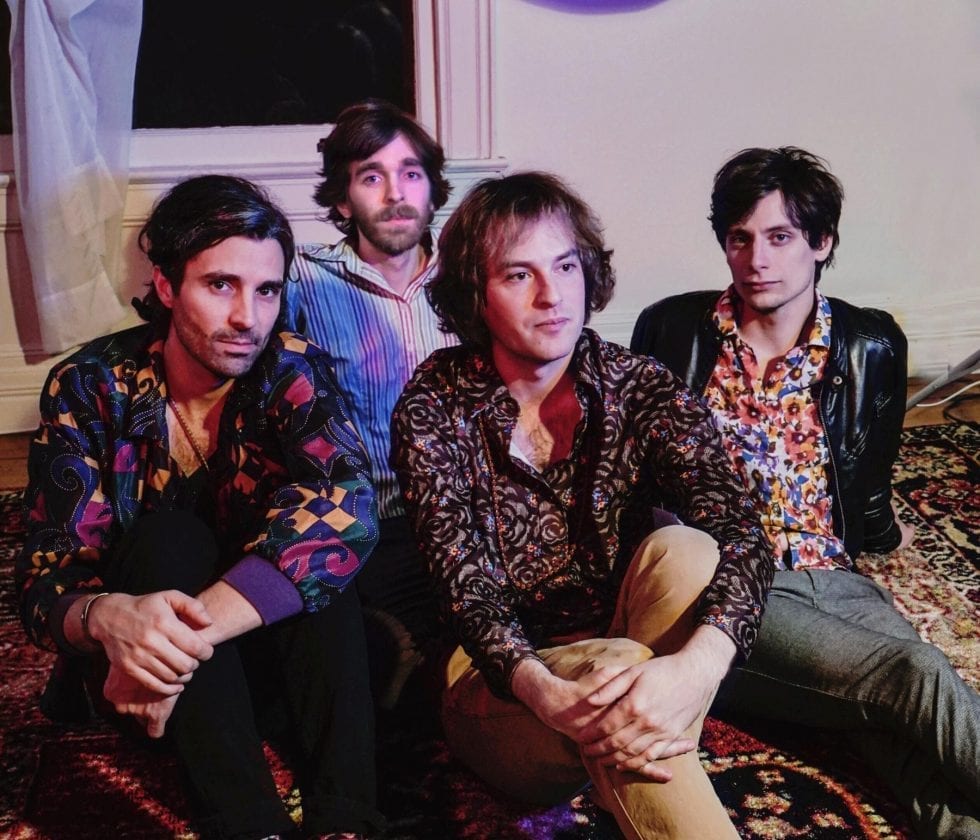 Rochester/Brooklyn band Maybird will soon be launching their second release on 30th Century Records. The first song off the recording, “Don’t Keep Me Around,” is indicative of the unique sound the band has crafted over the past six years – an amalgamation of indie and roots rock, filtered through a psychedelic veil. The four-piece band consists of singer/songwriter Josh Netsky, guitarists Kurt Johnson and Sam Snyder (aka Overhand Sam), and drummer Adam Netsky. NYS Music checked in with Maybird’s frontman to get the scoop on the inspirations and collaborations behind the new work.

Paula Cummings: You have a new song out called “Don’t Keep Me Around.” What is the story behind the song? Why did you choose to lead with this one?

Josh Netsky: We’ve been playing “Don’t Keep Me Around” live for well over a year now, so our fans are familiar with it and it’s just been waiting to be heard for a long time. We haven’t really explored many of the other songs on the record in a live setting yet, so it felt right to set this one free first. I wrote this song very quickly during a spontaneous recording session with producer Sam Cohen. Quickly in comparison to my usual writing process, at least. Quick songs are usually better in my experience… if you don’t have to think too much about it, that’s a good sign.

PC: Your songwriting has always been influenced by your own personal experiences. What people, places, or events lit the spark that led to the creation of your new songs?

JN: Some of the songs go pretty far back – I think the oldest track was written in 2012. So there are a lot of very different answers here from years of experiences and inspirations. But the overall arc of the album deals with a few main themes. Seeking purpose and clinging to memories/trying not to forget are the big ones. Kurt Vonnegut’s novel The Sirens of Titan was a huge inspiration for the album and put these ideas into perspective for me in the first place.

PC: Who did you work with on the album, and how did these industry professionals shape your work?

JN: For “Don’t Keep Me Around,” we worked a lot with Sam Cohen, who’s an amazing producer and our label-mate on 30th Century Records. He also mixed our entire album. Aside from that, we did most of the work ourselves independently. We all have small studio setups of our own, mostly we worked out of a studio that Sam and Kurt had set up in Ontario, NY. A few of our Rochester comrades put down some horn parts and extra instrumentation.

PC: Can you share any details about the new album?

JN: We’re looking at a late spring release, the date will be announced soon I’m sure. But we will be releasing singles up to that point, so there will be a constant flow of music from here forth. Plus we’ve got some videos and other material that we’re psyched to share alongside the tracks.

PC: Maybird’s Spotify playlist contains some great indie music. Which bands or musicians spur you forward by setting a benchmark that you’re striving to reach?

JN: I love having a Spotify playlist and updating it frequently. That’s exactly what it does, keeps inspiration flowing. We call it Maybird Mixtape. The whole thing started with an actual physical mixtape. We used to dub a bunch of tapes and give them to fans at shows to share what we were listening to. Spotify is obviously a lot easier to manage, but we still make the physical tapes every once in a while. I have a very open ear and use Shazam all the time. If I hear something that I would like to examine closer for whatever reason, whether it’s at a restaurant, in a store, on the radio or whatever… always Shazaming. A lot of what ends up on Maybird Mixtape is from that. I found this band Billy & Dolly that way, for example, and their album ended up being one of my favorites of 2018. Excellent songwriting and production. That’s really the only benchmark – to keep pushing forward in the writing and production… Cass Mccombs, Deerhunter, Daniel Ramano, Kendrick Lamar, Tame Impala, The Voidz, Danger Mouse, Wilco, Sly & The Family Stone are a few regulars on the mixtape. It’s all over the place, it’s all just really good. I think our sound is all over the place as well, and that’s the way we like it.

February 21, 2020
Pigeons Playing Ping Pong teamed up with Goose on Thursday night at Midtown Ballroom in Bend, Oregon. The bird bands collaborated once again as...

CDC is preparing for the ‘likely’ spread of coronavirus in the...

More than 100 wild animals in China died from poisoning in...

Police: Drake Offered To Leave His Tour Bus To Talk to...

Music
Last Saturday morning, a suicidal man was threatening to jump off a bridge in Manchester, England, which led to a traffic jam that inconvenienced many people, one...