Rolling Stones guitarist Keith Richards announced on Wednesday that he will reissue his 1998 debut solo album, Talk Is Cheap, in celebration of its 30th anniversary. The album will arrive via BMG on March 29th with package options ranging from three different super deluxe box sets, two CDs, colored LP, and digital. The album’s reissue announcement comes one day after The Stones revealed they would take part in New Orleans Jazz Fest‘s 50th Anniversary celebrations this spring.

Richards initially released Talk Is Cheap back on October 3rd, 1988, when he and his Rolling Stones bandmates were on a break from one another. Richards teamed up with future John Mayer Trio drummer Steve Jordan to co-produce the project, and the two recorded a mix of covers and new originals for the 11-track album. Talk Is Cheap also featured an impressive list of guest musicians who contributed to the project, including Ivan Neville, Bootsy Collins, and former Stones guitarist Mick Taylor. The forthcoming reissue was remastered by Steve Jordan.

While record collectors will get the chance to purchase the reissue on colored vinyl for a reasonable price of $25, super fans will have a trio of different deluxe package editions to pick from. The three packages range from the Limited Deluxe Edition Box Set for $175, to a Super Deluxe Box Set – Signed Edition listed at $750. The latter is limited to only 250 copies, and will include an autographed 12″x12″ Art Card, a wood case hand-built out of the same materials as Richards’ iconic vintage Telecaster by Fender, two LPs, two CDs, lyric sheets, an 80-page hardback book with an essay written by Anthony DeCurtis featuring a new interview with Keith with rare and unseen photos from his personal archives, and much more.

The forthcoming reissue will also feature six previously unreleased bonus tracks, four of which featuring pianist Johnnie Johnson, including “Blues Jam”, “Slim” and a pair of covers in Eddie Taylor‘s “Big Town Playboy” and Jimmy Reed‘s “My Babe”. The latter was released on Wednesday in the form of an animated lyric video. Fans can tune into the video below to hear the new/old recording of the lively blues song in full.

Fans can click here to pre-order the album and learn more about the various package options. 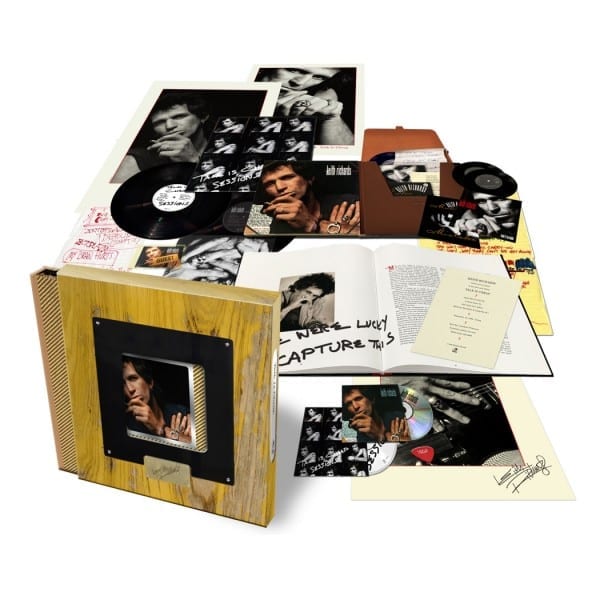 Louise Linton briefly posted and deleted a message of support for...

January 25, 2020
At the World Economic Forum in Davos, Mnuchin dismissed Thunberg as not knowledgable to weigh in on climate issues. His wife took Thunberg's side.

Report: Russia Says Smartphones Sold in the Country Must Have Software...

The White House is reportedly worried that House Democrats will continue...

Punk’d Is Getting A 2020 Reboot Starring Chance The Rapper

Music
Electro-funk upstarts Exmag have announced their winter 2018 Glimpses of a Vision Tour, which will take them to several East Coast markets (and a few in Colorado)....