President Vladimir Putin will not reply to a letter from the son of a woman killed by a suspected Russian nerve agent near the English city of Salisbury last year because Russia’s ambassador to Britain has already done so, the Kremlin said on Monday. Ewan Hope called on Putin in a letter publicized by the Daily Mirror earlier this month to allow Britain to question two Russian nationals London suspects of trying to murder former Russian spy Sergei Skripal and his daughter last year. Hope’s mother, Dawn Sturgess, died after coming into contact with the same nerve agent used in the attack, which her partner found in a discarded perfume bottle, police said.

December 6, 2018
The UN General Assembly will vote Thursday on a US-drafted resolution condemning the Palestinian Hamas movement, in what could mark US Ambassador Nikki Haley's... 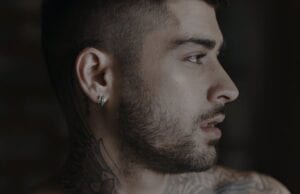 September 25, 2020
Former One Directioner Zayn Malik has made his return to music, dropping brand new single ‘Better’, complete with some very aesthetically pleasing visuals. The...

‘Smoke with freedom’: Mexicans get high in marijuana garden outside Senate

A voting advocacy group recorded over 40,000 new voter registrations in...

How To Replace Only The Rubber Strip On Your Windshield Wiper