Twiddle detailed the lineup for the 2019 installment of their Tumble Down festival, which will take place at Waterfront Park in Burlington, Vermont on July 26 and 27. Stephen Marley, Turkuaz and Ghost Light are among the bands that will join Twiddle at the fourth year of Tumble Down.

Festival host and headliners Twiddle will play a total of five sets over the course of the weekend. Kitchen Dwellers, Owl & Crow, The Jauntee, Jaden Carlson Band, Nina’s Brew and The Big Sip round out the Tumble Down 2019 lineup. In addition, the nearby Higher Ground in South Burlington will host a pair of late nights. Matt Butler’s Everyone Orchestra will perform a special “Everyone’s Dead” set on Friday night, while Twiddle frontman Mihali will present a Mihali & Frends set on Saturday night.

Tickets for Tumble Down are on sale now here. Everyone’s Dead and Mihali & Frends tickets are also available now. 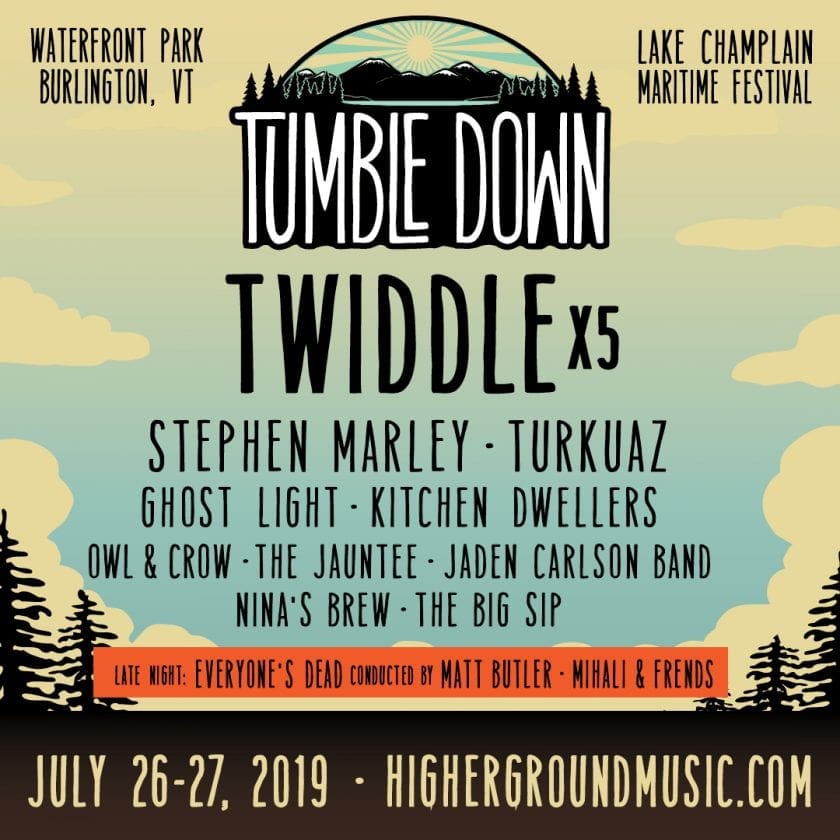 May 28, 2020
An English court on Thursday said it would need to decide which of Venezuela's dueling political factions to recognize before ruling on President Nicolas...

Of Course John Cho Gets to Be ‘Super Fucking Cool’ in...

Looks Like Weezer, Green Day And Fall Out Boy Are About...

World Music
As some of rock’s most enduring names, Weezer, Green Day and Fall Out Boy could probably all announce a standalone tour to a massive...