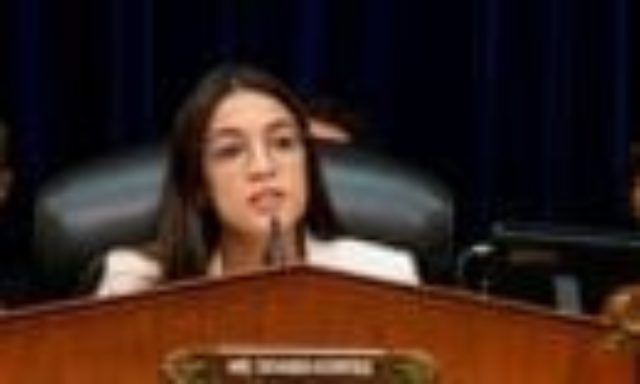 Bernie Sanders appears to be the favorite to secure Ocasio-Cortez’s prized endorsement in the Democratic presidential primaryCongresswoman Alexandria Ocasio Cortez told the Guardian: ‘I’m not close to an endorsement announcement any time soon.’ Photograph: Joshua Roberts/ReutersAlexandria Ocasio-Cortez, the progressive US congresswoman and social media sensation, has said she would be “hard pressed” to endorse the frontrunner, Joe Biden, in the Democratic presidential primary.The statement is the latest sign of the left’s apathy towards the former vice-president, who has surged ahead of the Senator Bernie Sanders and other rivals in recent polls.Sanders, a self-declared democratic socialist, appears to be the favourite to secure 29-year-old Ocasio-Cortez’s prized endorsement but she said she was still some way off making a decision.“I’m not close to an endorsement announcement any time soon,” she told the Guardian on Tuesday. “I’m still trying to get a handle on my job. It seems like ages but I’m just five months in and we have quite some time. The debates are in the summer and our first primary election for the entire country isn’t until next year.” Asked if she would consider endorsing Biden, widely seen as a centrist, Ocasio-Cortez replied: “I’d be hard pressed to see that happen, to be honest, in a primary.”Biden, comfortably leading every opinion poll, came under fire last week when Reuters reported he was pursuing a “middle ground” approach to the climate crisis. He later distanced himself from the implication.Ocasio-Cortez criticised politicians seeking “a middle-of-the-road approach to save our lives”. Sanders, running second in most polls, tweeted that there was “no ‘middle ground’ when it comes to climate policy”.If and when Ocasio-Cortez does endorse a candidate, Sanders probably remains the favourite to secure her support. She was an organiser for his 2016 primary campaign against Hillary Clinton. The pair appeared at a rally in Washington last week to support the Green New Deal climate plan.In a short interview on Tuesday the congresswoman, who has more than 4 million Twitter followers, also reiterated her demand for Donald Trump’s impeachment. “I think that the grounds have been there for quite some time but the case is really getting to a larger point that we haven’t seen before,” she said.Democratic leaders are putting the House speaker, Nancy Pelosi, under pressure to move ahead with the process. Ocasio-Cortez added: “I know that the conversation is really changing this week in the caucus and so we’ll see where the speaker lands.”

Food blogger finds connections to the past by mapping out the...