I was 17 when I had my first abortion. I was not ready to become a mother. I was still in high school, no money in the bank, and admittedly still a child myself. I know if I didn’t have that choice, my life would be 100 percent different than it is today. Sometimes I wonder what it would have been like, and know that I am grateful I had that choice to correct a situation I wasn’t equipped to follow through with — just yet. Now I’m 35 with a career, a stable relationship, and a healthy kid that I’m able to provide for.

To choose what you do with your body is something that we all take for granted. Your body is YOURS; no one should have the right to make a decision for you about it. Abortion has always been in the controversial spotlight with just as many supporters as there have been despisers. How I have always felt about the subject though is: if you don’t like it, don’t do it! It’s none of your business what others do if it is not personally affecting you.

In April of this year, Indiana placed a near-total ban on second-trimester abortion in the state. Just a few days later, Ohio passed a bill banning abortion in the early weeks of pregnancy after the heartbeat is detected from the fetus. Then last week, Alabama passed a bill banning abortion altogether, without any exceptions except to save the life of the mother. Shortly after that, Louisiana, Missouri, and Georgia continued to move forward with bills similar to Ohio’s heartbeat detection bill. 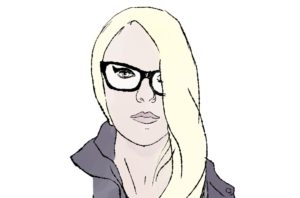 Why does no one understand that with all these extra pregnancies in the world without the option of a safe and legal abortion, people will still try to figure out a way to abort the pregnancy? Or the unwanted children will contribute to our continued overpopulation problem. Homelessness will also be a huge factor when unplanned pregnancies occur with no funds to support the child or family. The list goes on and on with all the negative outcomes we’ll see happening more often. In the end, it will affect everyone — not just the women getting abortions.

No, abortion is not supposed to be used as a birth control method, but sometimes things happen that are unplanned and need to be avoided. That choice should be there for you if that is your only option for a better life. And what about rape victims, which some of these laws ignore? Even Trump, who considers himself “strongly pro-life,” wants these bills and laws to have three exceptions: rape, incest, and protecting the life of the mother. But again, that comes down to — mind your damn business! If a woman becomes pregnant and wants an abortion, regardless of her circumstances, she shouldn’t have to explain herself!

Alabama governor Kay Ivey signed the law saying “it stands as a powerful testament to Alabamians’ deeply held belief that every life is precious, that every life is a sacred gift from God.” When will we take religion out of politics? Not everyone believes in this supposed “God.”

I challenge lawmakers to focus on something for the whole population of the nation like drinkable water, and not take away something so many women depend on. Abortion is a form of health care.

We may have our very own Wonder Woman to save our abortion rights, however. Massachusetts Democratic Sen. Elizabeth Warren late last week called on Congress to pass a law geared towards guaranteeing abortion and other reproductive rights across the country. That includes a guarantee of insurance coverage for abortion and birth control. “We must build a future that protects the right of all women to have children, the right of all women to not have children, and the right to bring children up in a safe and healthy environment,” Warren said. Her 2020 presidential run is looking even more promising now.

Abortion was first legalized in 1973, the year now — if I have to remind you — is 2019. If we continue to keep going backwards, where will we end up? I’m scared of the answer, and I’m even more terrified of the consequences.

New Google One benefits for Made By Google devices

GOP Rolls Out Every Last Excuse to Keep Witnesses Out

January 24, 2020
As he made the closing arguments for the House prosecution, Rep. Adam Schiff (D-CA) finished not with an argument to convict the president but...

Why Tsai’s Victory In Taiwan Has China Very Worried

DOJ Plans Section 230 Workshop to Host a ‘Diversity of Viewpoints’...

This Locked Cabinet Holds the Answer to One of the Biggest...

Writing About Videogames Isn’t All Fun and Glamor

Muslim Life in the Valley

Valley Advocate
Editor’s Note: This week, we are delighted to collaborate with Jenny Bender and Amanda Herman, two Valley writers and active community members who set...