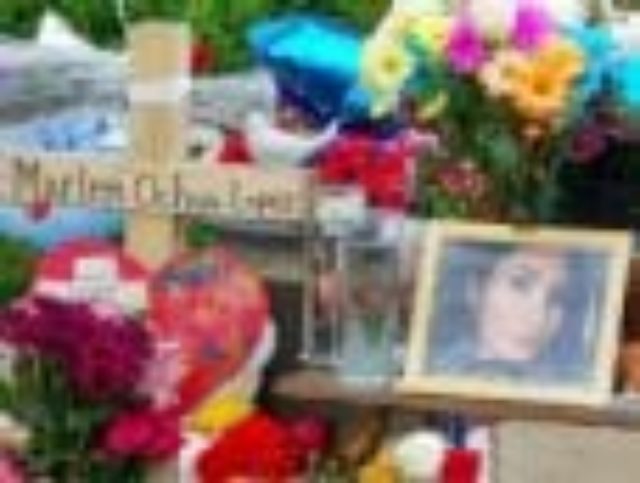 A baby boy, cut from his mother’s womb after her murder last month, opened his eyes for the first time on Tuesday as he fights for his life in a Chicago hospital.The mother, 19-year-old Marlen Ochoa-Lopez, was nine months pregnant when she was killed last month. Clarisa Figueroa and her daughter Desiree Figueroa have been arrested as suspects.According to police, the pair had lured Ochoa-Lopez to their home under the pretext of offering her baby clothes.After strangling Ochoa-Lopez, the two allegedly cut the unborn baby out of her womb. Police said that they believe the elder Figuaroa had hoped to raise the child as her own after the recent death of her own son. Both Figueroas have been arrested and charged with first-degree murder. Clarissa’s boyfriend, Piotr Bobak, has also been arrested and charged with concealing a homicide.The baby, who was removed from the womb almost two months premature, has been fighting for his life ever since.Sunday however, a picture emerged of the little boy in the arms of his father, Yovany Lopez, apparently taken shortly after he had opened his eyes for the first time, CNN reported.”We were just praying and praying and he opened his eyes, and his dad said, ‘Oh my God, he opened his eyes!'” Cecilia Garcia, a student pastor who is assisting the family and is the one who took the photo, told CNN.Garcia, said she was horrified when she first heard about the killing, but believes that the country has united in support of the family.”She’s evoked the whole nation of people, pouring their love out for this family,” Garcia said in reference to Marlen. “He’s a single dad now, and we’re praying this baby makes it.”

WATCH: A House hearing devolved into chaos when a GOP congressman...

September 16, 2021
New research shows that mRNA COVID-19 vaccines are effective at inducing T-cell responses in multiple sclerosis patients who receive B cell-depleting infusions even if...

Jaws; or, how an African ray-finned fish is helping to rethink...

Listen To Never Before Heard Nick Cave & The Bad Seeds...