A collaborative set between Warren Haynes and Grace Potter as well as performances from Cory Wong, Magic Beans and Percy Hill are among the additions to the 2019 The Peach Music Festival lineup. The event will take place at Montage Mountain in Scranton, Pennsylvania July 25 – 28.

Another new addition is The Inaugural Peach Guitar Pull, which is described as “a reimagined southern guitar pull featuring some of the best guitarists in the game.” Participants will be announced in the weeks to come. The acts confirmed today join a lineup that already includes Phil Lesh & Friends, Trey Anastasio Band, The String Cheese Incident, Joe Russo’s Almost Dead, moe., Greensky Bluegrass and many others. Check out the graphic below for the full lineup as it currently stands.

Tickets are on sale now here. 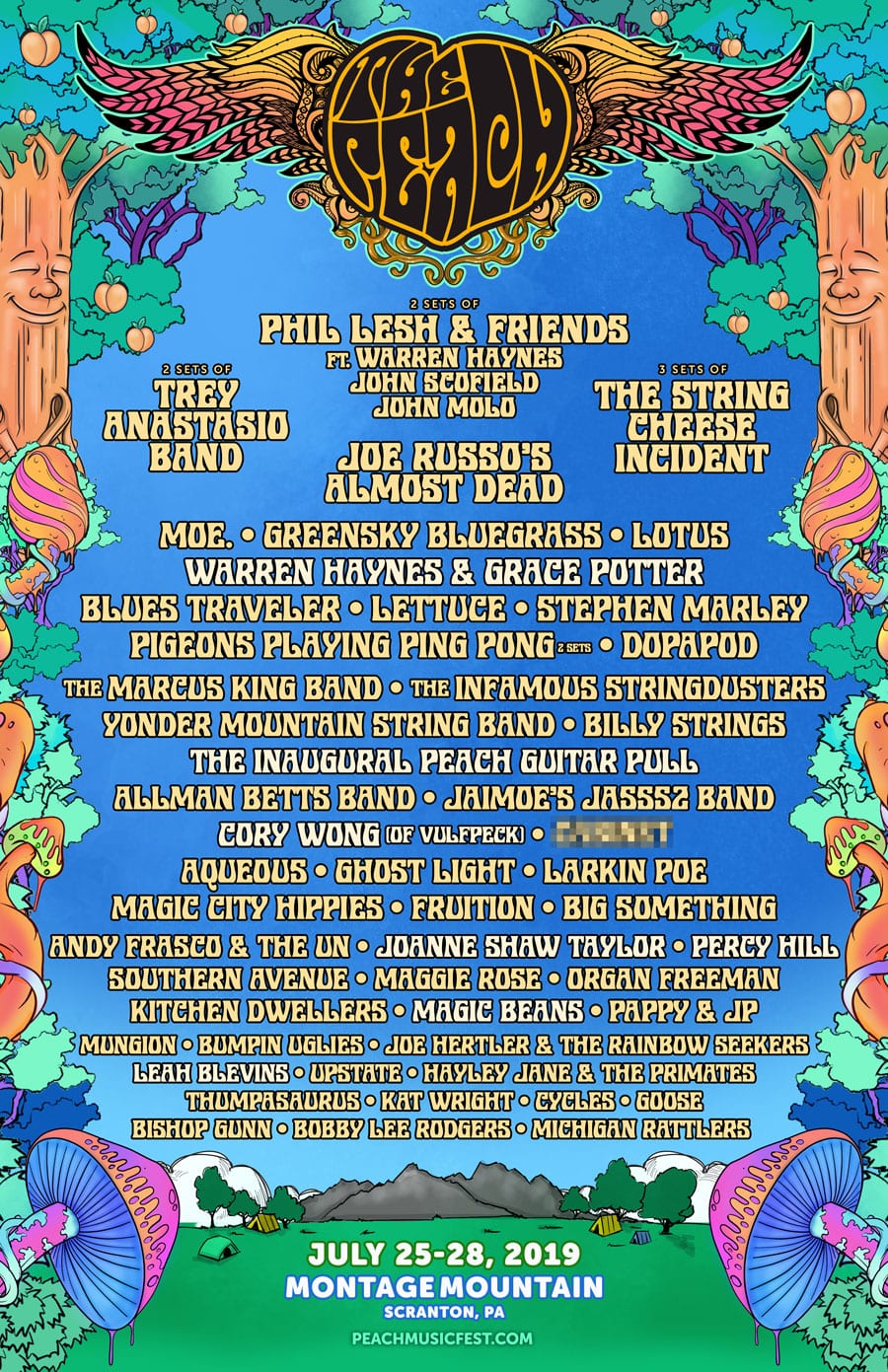 Nick Cannon Is Trying to Get Out in Front of a...

Music
Nick Cannon posted on Instagram this morning about what he claims is an upcoming National Enquirer article that allegedly questions his mental health and ability to care for his...