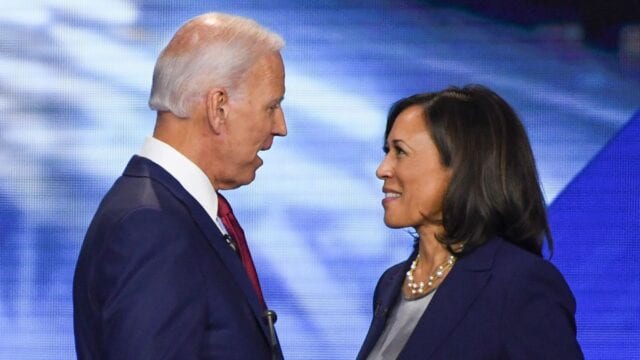 The veepstakes is over. Let the analysis begin!

On Tuesday, presumptive Democratic presidential nominee Joe Biden chose Sen. Kamala Harris as his running mate. People have opinions on this choice. Some say she’s excellent! Others not so much! Who can say really!

Look, we know these two are far better than another four years of Donald Trump, particularly on climate, which the Trump administration has taken a sledgehammer to in every single agency rule and executive order issued on that front. Whether it’s fast-tracking pipelines, watering down the Endangered Species Act, or rolling back rules on everything from coal plants to cars, to fucking light bulbs, the administration has been hellbent on turning the planet into a pressure cooker for profit.

But just because a Biden-Harris win would be better for the climate doesn’t mean it would be good for the climate. Their initial climate plans left major room for improvement. Yes, Biden’s revised climate plan has strengthened his ambition, and both he and Harris have been acutely aware of environmental justice issues, with Harris recently introducing a major climate justice bill with Rep. Alexandria Ocasio-Cortez. Harris campaigned on ending the filibuster to pass a Green New Deal. But none of that happens without the work of activists pushing them to be more ambitious. And if Biden wins the White House, they’ll have to keep pushing. Below are the key fights that could define the first four years of a Biden presidency.

Biden has already moved in the direction of the science on this, setting a target for decarbonizing the electricity sector by 2035 in the updated plan he released last month. That’s five years after the target in Harris’ climate plan, but way better than his previous plan, which didn’t set a date at all. It’s less ambitious, however, than the proposal Sen. Bernie Sanders put forward during his presidential run to go zero-carbon electricity by 2030. And frankly, that level of ambition is what’s really needed in a world where every ton of carbon dioxide counts.

Perhaps the biggest fight of all will be over fossil fuels. Both Biden and Harris included robust-sounding calls to hold polluters accountable, with Biden’s plan saying he will “take action against fossil fuel companies and other polluters” for their role in lying for profit while poisoning the planet. Which, good, fuck ‘em up. But also neither has a plan on how to actually wind down the industry outside of no new federal oil and gas leases.

Paying for past misdeeds may end up making it harder for companies to dig up more fossil fuels. But without a credible plan to curtail further fossil fuel production—let alone one that helps workers transition out of a dying industry and into the future—the risk of an unmanaged collapse is a huge problem.

Biden has not supported a fracking ban while Harris has. For Biden, it’s definitely politically expedient in crucial states like Pennsylvania and Ohio (let alone trying to get Texas in play) that rely on the industry for jobs. But ultimately, fracked gas, oil, and coal all have to go. Having Harris in his ear might help make the case stronger for activists. The longer Biden and Harris put off making a plan, the more likely it is that CEOs will skate away with millions while workers are left with nothing.

Speaking of millions, Biden and Harris each have a long history of being down with people with money. Biden held a fundraiser at a fracking mogul’s mansion the day after a climate town hall. Harris had more billionaire donors than anyone in the primary. Wall Street is reportedly thrilled by her selection.

Letting rich ghouls anywhere near climate policy is a recipe for disaster. Aside from the fact that the wealthy are disproportionately responsible for emissions, they’re also invested in the status quo.

Activists already created a list of demands for Biden, including dropping rich natural-gas-lover and former Treasury Secretary Larry Summers from his team. Summers has since said he wouldn’t take a job in the Biden administration, which one crisis down. But activists will have to fight harder to ensure that their voices hold more sway than folks with bigger pocketbooks.

There’s a common refrain in politics that personnel is policy. And that holds true here, with Harris being just the tip of the iceberg. Appointing a progressive cabinet would go a long way toward ensuring activists are heard and have a seat right next to the table. Think tank Data for Progress has laid out some goals for a progressive cabinet, and activists have already floated names of cabinet members, notably current Washington Gov. Jay Inslee for Environmental Protection Agency administrator. A progressive in there, as well as other agencies that deal with climate (which is all of them if we’re being honest), would also help ensure that Biden and Harris follow through on their commitments to justice and ensure frontline communities get the support they need, whether it’s more weatherization assistance for public housing or cleaning up fossil fuel infrastructure.

OK, this isn’t about Biden, per se, but it’s vitally important to the success of a Biden administration on climate. The Senate is where anything except conservative judicial nominations and tax cuts go to die, particularly if Sen. Mitch McConnell remains majority leader. If Democrats don’t take the Senate, anything Biden does on climate is going to have to be a jury-rigged set of executive orders.

Biden has recently intimated he could be down to scrap the filibuster, and Harris campaigned on ending it. That would (among other consequences) end the need for 60 votes for virtually anything to pass. Still, Democrats need the Senate for that to even matter. And they need to win a majority with a few votes to spare because lord help the planet if Sen. Joe Manchin—the West Virginia Democrat who cut a campaign ad where he literally shot milquetoast climate legislation in 2010—is the deciding vote.

No, You’re Not Seeing Things. Facebook Has Launched a Poll Worker Recruitment Drive. 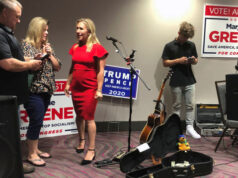 April 9, 2018
Republican Florida Governor Rick Scott on Monday kicked off his campaign for the U.S. Senate, challenging Democrat Bill Nelson in a race expected to... 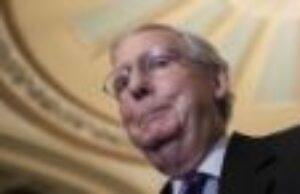