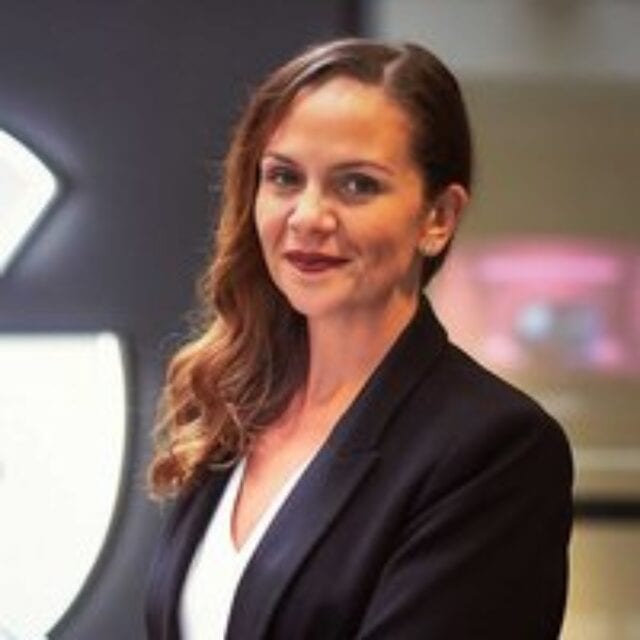 Editor’s note: This is an opinion piece that was first published in the Australian Financial Review on September 13, 2020.

The Australian Competition and Consumer Commission’s media bargaining code, which is designed to govern the relationship between news media and digital platforms – including how news content should be paid for – will have a big impact on the future of the country’s digital economy and millions of Australians who use platforms such as Google’s.

It’s vital we get it right before it becomes law, which is why Google has engaged in good faith with the ACCC inquiry and consultation process since it was launched in 2017.

Our position on the regulation is clear. We do not oppose a code that oversees the relationships between news publishers and digital platforms and we’ve been committed to playing a constructive role in the process from the start. In fact, all the parties involved here agree on two things: journalism is important to democracy, and the business models that fund journalism have changed.

What we oppose is a mandatory bargaining code that’s unworkable, both for Google as a business, and for Australians.

However, contrary to what some have claimed, Google hasn’t ‘‘stolen’’ revenue from news publishers. AlphaBeta research conclusively shows that the fall in newspaper revenue between 2002 and 2018 was mainly the result of the loss of classified ads to online classifieds businesses such as Domain, Realestate.com.au, Carsales and Seek. Google’s advertising business grew because it made advertising available to businesses that had previously been priced out.

We don’t ‘‘use’’ or ‘‘steal’’ news content either – we simply help people find what they’re looking for on the internet, and link them to other websites, including news sites. You don’t see full articles on Google.

Just as we contribute to the Australian economy by working with more than a million Australian small and large businesses, supporting almost 120,000 jobs, and paying tens of millions of dollars in tax, we are willing to pay to help news businesses too. As part of our broader efforts to support a strong future for journalism, we are already paying several publishers to license content for a new product, as well as helping train thousands of journalists.

When it comes to new regulation, what we oppose is a mandatory bargaining code that’s unworkable, both for Google as a business, and ultimately for the Australians who depend on our services, from the search engine to YouTube. And right now, the proposed code has critical flaws that need to be addressed.

In its current form, the code would impose a one-sided negotiation and arbitration model that is unlike any other tried-and-tested model applied in Australia. It would consider only the value news businesses are assumed to provide to Google – and ignore the more than $200 million in value that Google sends to publishers each year via ‘‘clicks’’ from search results.

It wouldn’t consider our costs or the commercial agreements with publishers we already have in place – and we have no meaningful ability to appeal the arbitration. No business would or should accept this kind of one-sided set-up.

The code would also force us to tell news businesses how they can get access to data about Australians that they don’t already have, raising concerns over how this information would be used. It would require us to give a small group of news businesses 28 days’ notice of significant changes to search and YouTube algorithms and describe how to minimise their effects.

Even if this were technically possible (it isn’t), it would privilege certain Australian news publishers over every other Australian who has a blog, YouTube channel or a small business website, while slowing down improvements to the search function for everyone else.

These issues are serious. But we don’t believe they are insurmountable, and we’re working with the ACCC and the government to help find a way through them. With reasonable changes, we believe the code could be rebalanced in a way that meets its intended purpose and makes it fair to all parties.

The negotiation model could be amended to take account of the value both sides bring to the table, as the ACCC’s own concepts paper advocated in May, and the arbitration rules could be brought into line with commonly used methods in standard arbitration, comparable codes and negotiations.

The requirement to share algorithm changes could be limited to notifying news business about actionable changes, with reasonable notice, and without obliging Google to tell a select few publishers how they can take advantage of the system.

The data-sharing provisions could be tightened to make it clear that Google is not required to share any additional data, over and above what publishers are already entitled to see, protecting information about how people interact with our sites.

The scope of the code could be better defined to apply to designated services that Google provides, rather than being left open-ended.

These changes would help create a fair, workable code. They would mean Australian internet users continue to have full and fair access to Google Search, YouTube and other services. And they would mean that discussions about payments for licensing news content could continue on a normal, commercial basis – rather than being set up as an artificial, one-sided process that is certain to result in unreasonable and uneconomical outcomes.

As the ACCC prepares its final recommendations, we have to see the code in its bigger context.

Australia is a forward-looking country with an open, global economy that attracts investment and job opportunities from around the world. Our technology companies, digital entrepreneurs and engineers are among the best in the world at what they do – and fair access to tools such as Google Search and YouTube is part of that success. Google believes in sensible regulation, but everyone should distrust rules that give special treatment to some over others.

There is a window of opportunity to shape an effective media bargaining code that meets the needs of news businesses, of digital platforms and, above all, of Australians. We should take that opportunity – and then get back to the urgent work of building a strong digital economy that can help fuel Australia’s future. 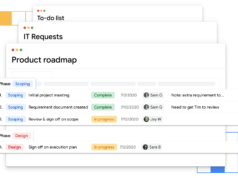 Make tracking your work easier than ever with Tables 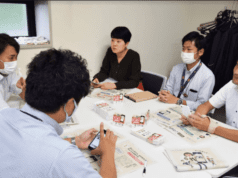 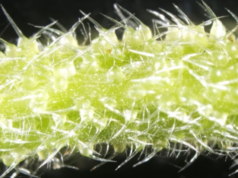 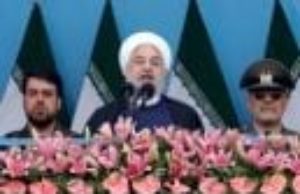 Iran’s Rouhani calls on Mideast states to ‘drive back Zionism’

April 18, 2019
Iran's President Hassan Rouhani called on Middle East states on Thursday to "drive back Zionism", in an Army Day tirade against the Islamic republic's... 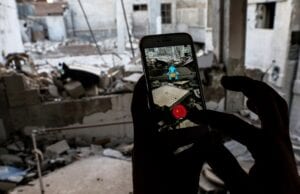 The Fantasy of Pokémon Go Is More Important Than Ever

September 22, 2020
Players of the alternate-reality game are still at it. They also seem, in these crazy days, to exhibit well-being.

Birth rates in Xinjiang, where China’s Uighur camps are based, plunged...

Police training cited as defense in many use-of-force cases. But experts...