An animal rights group has been accused of encouraging “telephone terrorism” after it published the home addresses and phone numbers of Conservative MPs who support the badger cull or fox hunting. The Innocent Badger website run by Stop the Cull was taken down after it urged supporters to hold demonstrations outside politicians’ homes or bombard them with telephone calls. They also targeted the homes of supports by graffiting the front of their houses. The removal of the website follows the Government announcement that the badger cull is to be extended to 11 new areas to allow potentially more than 60,000 creatures to be killed. Last week, Stop the Cull received a message from the technology company which hosts their website saying the publication of the MPs’ personal details “breached its terms of service” because “data [was] available for encouragement of telephone terrorism”. They added: “It goes against our terms of service regarding support of privacy as well as terrorism, please note the domain registrat has asked us to intervene.” However, the group has launched a new website understood to be based in Iceland. In a statement on their new site they said: “The Tory Government are [sic] so upset with us, they have got their friends in the police to pull the innocentbadger.com website, so we now have a new website.” It continued to urge protesters to share personal details of Conservative MPs, adding “it may make sense to politely knock on the door and check they still live at the address before organising any demonstrations.” Amanda Milling, MP and co-chairman of the Conservative Party, said: “There are legitimate ways to protest and this is not it. These anarchist actions are completely and totally unacceptable. “The only thing these anarchist actions achieve is undermining the argument of many campaigners. “No one wants to continue the cull of a protected species indefinitely but encouraging people to target homes and families is beyond reproach.” Dehenna Davison, the Tory MP for Bishop Auckland, condemned the group’s actions as “beyond reprehensible”, adding: “It’s clear they’re more interested in stoking fear and putting people’s lives at risk rather than having a debate about a serious policy. Publishing and targeting family homes is completely unacceptable and should in no way be part of any legitimate protest.” The group has stepped up its campaign of direct action in recent weeks, targeting the family home of one Surrey company director connected to the cull. They included details about his home, holiday let properties and mobile telephone number, adding “he doesn’t like calls after 9pm”. Protesters then daubed graffiti on the pavement outside the man’s home accusing him of being a “badger killer” and “murderer”. It is understood the director, whom The Telegraph is not naming, had children inside as scores of demonstrators chanted “shame on you” outside. The police were called to the incident last month but no arrests were made. Jay Tiernan, spokesman for Stop the Cull, said activists were “angry and frustrated” after the lockdown and so MPs and organisers should expect “more demonstrations”. He added: “When you attack wildlife expect resistance. When you take money or support to help with the murder of tens of thousands of badgers expect a lot of masked up people to show up to your house in the middle of the night.” He insisted the group had not encouraged supporters either to threaten MPs or carry out “telephone terrorism”, but wanted to “waste people’s time and cause frustration”. A spokeswoman for the Department for Environment, Food and Rural Affairs (Defra) said publishing people’s names and addresses without their consent is a clear breach of data protection. 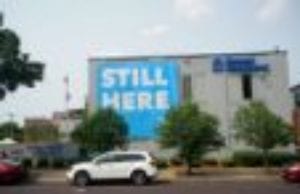 Judge allows Missouri’s only abortion clinic to stay open for at...

June 24, 2019
Missouri health officials on Friday refused to renew the St. Louis clinic's license on the grounds that it failed to meet their standards. ...