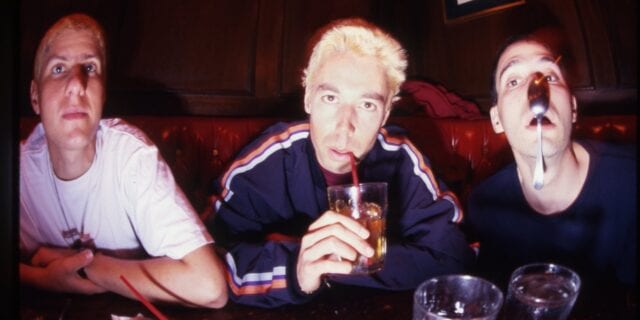 The album initially arrived between 1994’s Ill Communication and 1998’s Hello Nasty, and is comprised of all the hardcore and punk songs that the group felt wouldn’t fit on Hello Nasty. The 11-minute EP also features Suicidal Tendencies drummer Amery “AWOL” Smith, who had only come to the studio to help the band set up but ended up sticking around.

Comprised of eight songs in 11-minutes, Beastie Boys marketed Aglio E Olio as “Only 8 songs, Only 11 minutes, Only cheap $” with an sticker on the initial release. The EP’s title comes from the Italian words for “garlic” and “oil,” the simplest pasta recipe that also serves as a metaphor for the collection’s simplistic approach. The version of Aglio E Olio available now across digital platforms omits two tracks from the original release—an original song called “Soba Violence” as well as a cover of The Doors‘ “Light My Fire” with vocals by Miho Hatari.

While none of these songs will probably be included on the Beastie Boys’ recently-announced greatest hits collection, they do posses their own charm. At a breakneck pace with arthritis-inducing instrumentation, these recordings show the raw nature of the group before it was fully formed into a more cogent sound, akin to the first Rage Against The Machine record. It’s certain that Hello Nasty would be a completely different record if more of these cuts were included, and they are probably best enjoyed in isolation from the rest of the group’s catalog.

Stream the Aglio E Olio EP by the Beastie Boys via the player below. 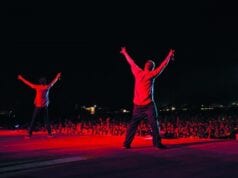 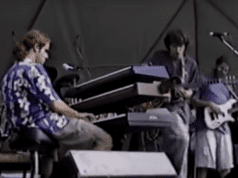 Trampled By Turtles Share Cover Of ‘Christmas In Prison’ By John...

September 26, 2020
MOSCOW—Russia these days may look frightening to Americans, who hear often of election meddling and poisoning among other ill deeds. But consider for a...

Learn How to Swear in 15 Languages From Samuel L. Jackson