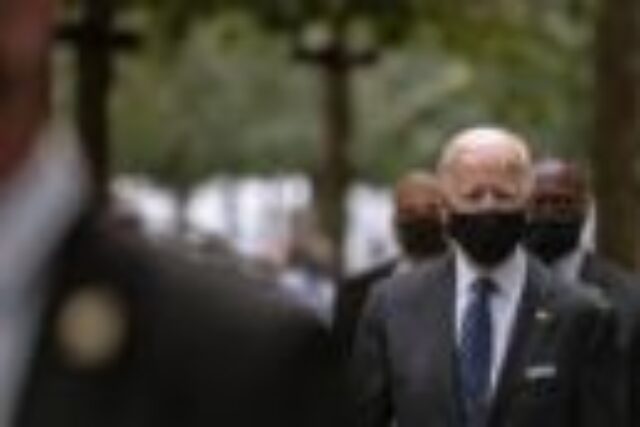 Former Vice President Joe Biden, the Democratic presidential nominee, on Sunday condemned the “cold-blooded” and “unconscionable” shooting of two Los Angeles County Sheriff’s Department deputies stationed in their patrol vehicle in Compton on Saturday night. The search for the suspect — who could be seen from a distance in what appears to be a video of the shooting — is still ongoing.Biden has attempted to simultaneously speak out against police brutality and violent responses to it, so it’s no surprise that he reacted unambiguously to the incident, which has not been confirmed to be related to the overarching tensions surrounding the nation’s police forces.> This cold-blooded shooting is unconscionable and the perpetrator must be brought to justice.> > Violence of any kind is wrong; those who commit it should be caught and punished.> > Jill and I are keeping the deputies and their loved ones in our hearts and praying for a full recovery. https://t.co/330QfeIUGg> > — Joe Biden (@JoeBiden) September 13, 2020President Trump also spoke out harshly, describing the shooter as one of the “animals that must be hit hard” in an early morning tweet. Later on Sunday, the president called for a “fast trial” and the “death penalty for the killer” if the deputies die. The two officers are currently in critical condition, having undergone surgery.Los Angeles Mayor Eric Garcetti told CNN’s Jake Tapper during an appearance on Sunday’s State of the Union that there’s “no place in civilized society” for such a shooting and promised “we will find justice” for the deputies. > LA Mayor Eric Garcetti on the shooting of two Los Angeles County Sheriff’s Department deputies: “There’s no place in civilized society for anybody to draw an arm and shoot our law enforcement officers that put their lives on the line … We will find justice for them.” CNNSOTU pic.twitter.com/3eQQmOBORD> > — State of the Union (@CNNSotu) September 13, 2020More stories from theweek.com Court-tapped judge-advocate tears into Barr’s ‘corrupt and politically motivated’ move to drop Flynn case Report: DOJ’s internal watchdog investigating Roger Stone’s sentencing The climate refugees are here. They’re Americans.

September 28, 2016
When you’re selling your old furniture, a great photo will not only get it sold faster, but it will probably net you a few...