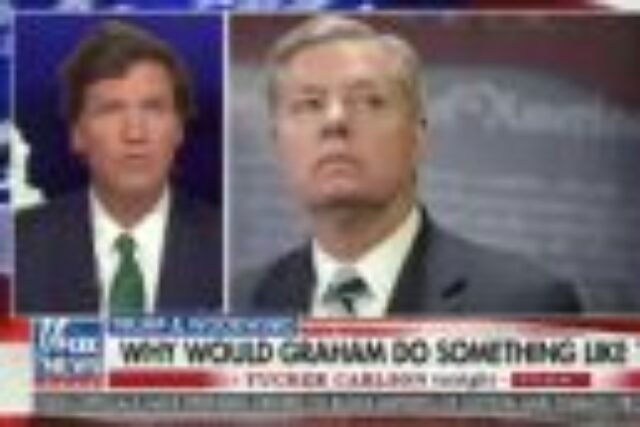 President Trump, like several presidents before him, sat down with journalist Bob Woodward to discuss his legacy and document his world-historic import. The first fruits of those 18 on-the-record interviews dropped Wednesday, in an excerpt of Woodward’s book published in The Washington Post, and the first big splash involved Trump acknowledging in early February that the new coronavirus is “deadly” and acknowledging a month later that he “wanted to always play it down.”Evidence that the president knew very early on that COVID-19 was a deadly airborne threat to America and deliberately played it down led to a lot of criticism of Trump, plus some finger-wagging at Woodward for keeping this tape under wraps for six months, but Fox News host Tucker Carlson found someone else to blame on his show Wednesday night: Sen. Lindsey Graham (R-S.C.).Graham, facing a re-election battle against a well-funded rival, is a vocal defender of Trump, for the most part. But Carlson said a source told him Graham persuaded Trump to sit down with Woodward and facilitated the interviews, and he suggested Graham did it on purpose to sink Trump’s MAGA agenda.> The spin is spiraling pic.twitter.com/mA9s3ZW5gF> > — nikki mccann ramírez (@NikkiMcR) September 10, 2020That would be a deep state, indeed.More stories from theweek.com Trump knew it all along The true Election Day nightmare scenario The staggering consequences of Trump’s coronavirus lies 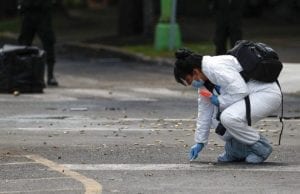