A Cleveland police detective killed in the line of duty along with a civilian last week was recalled Friday as a leader who proudly served on the force because he wanted to protect the city he grew up in. A funeral service for Detective James Skernivitz was held at Rocket Mortgage Field House. Among those speaking at the event were city Police Chief Calvin Williams and U.S. Attorney General William Barr. 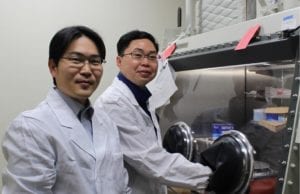 March 1, 2019
Researchers report a unipolar n-type transistor with a world-leading electron mobility performance of up to 7.16 cm2 V-1 s-1. This achievement heralds an exciting...