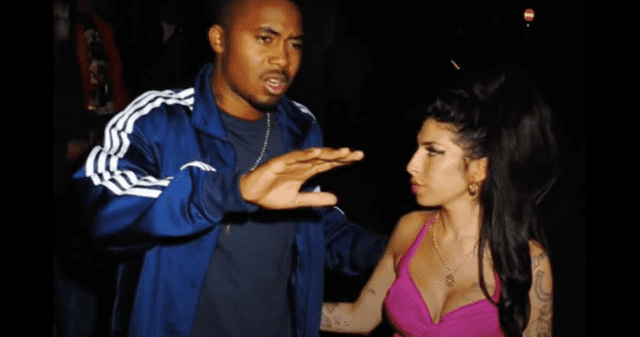 Today, the music community celebrates the birthdays of the late singer Amy Winehouse and rap artist Nas. The inimitable and ultimately tragic soul singer and the Queens-born rapper share September 14th as the day they both came into the world, as Winehouse was born in 1983, and Nas in 1972.

The two artists, while quite different in background and musical style, fostered a mutual respect. In the inaugural episode of The Midnight Miracle, the new podcast from comedian Dave Chappelle and rappers Yasiin Bey (f.k.a. Mos Def) and Talib Kweli, the hosts have a conversation about how to inspire people to help themselves. While talking about friends with drug addictions, Bey speaks up about his relationship with the Winehouse, her struggles with substance abuse, and her reverence for Nas.

“I saw her one time and she was kind of, you know, out of it, and Nas was in town and she was so sick cus she was such a Nas fan,” Bey recalls. “It was so adorable. It was so sincere, too, she was like, completely starstruck and geeked out. And Nas was honored, too. … And that was one of the times I saw her really happy.”

In honor of these two unique and influential artists, who were friends and collaborators before Winehouse’s untimely death in July 2011, we revisit their “Like Smoke” and “Cherry Wine” collaborations. “Like Smoke” appeared posthumously on Winehouse’s 2011 Lioness: Hidden Treasures album, while “Cherry Wine” appeared on Nas’ 2012 Life Is Good. The latter was nominated for “Best Rap/Sung Collaboration” at the 2013 Grammy Awards, but lost to Jay-Z, Kanye West, Frank Ocean, and The-Dream‘s “No Church In The Wild”.

September 15, 2021
The 2021 edition of BeachLife Festival in Redondo Beach featured more than a passing sense of 2019 vintage déjà vu. The salty smell of...