One of the best things to do during Christmas, in my humble opinion, is to check out all the ornaments on the trees. I especially like to look for the ornaments that are a little out of the ordinary—think Christmas tree on top of a car—cause they just rule. This year, I’ve found a tech ornament that’s absolutely hypnotizing, and even, dare I say, calming.

As explained by Hodgins, persistence of vision refers to what happens when you have a light that’s moving or spinning, which creates the illusion that it’s continuous because there is a lingering amount of time that the light stays in your eye. The effect is quite common, and you’ve probably experienced it before. Persistence of vision is why a spinning propeller appears to be a disk, or why burning sparklers appear to leave a trail of light in the air.

If you’re looking to learn about the magic behind these techy ornaments, the video is definitely worth a watch. Hodgins goes through the process and the materials he used to make the ornament step-by-step. His projects, which are supported by his Patreon fans, are open source, and he welcomes anyone to try them out or improve them.

At the end of the video, we finally see the result of Hodgins’ hard work. The finished ornament consisted of, in general, black 3D printed PLA plastic for the sphere and base, aluminum pulleys, a DC geared motor, and an addressable LED strip. He celebrated the finished ornament with a rad light show on the Christmas tree.

AdvertisementYou can skip ad after 1 second

You can go to the next slide after 1 second

Notably, and Hodgins did warn us, the ornament did seem to make a lot of noise; it was very similar to the annoying noise my old laptop makes after I’ve been working for a few hours. But if you axe the noise, or even just lower it, and leave the chill music in the video, I could probably watch for a while. The lights, which featured a YouTube logo and Hodgins’ personal logo, among other designs, were very nice and cool-looking.

As a bonus, Hodgins’ modified the ornament so that it could light up with the upvote symbol whenever someone upvoted his post about the project on Reddit. For a while, you could see the ornament light up in real-time on his YouTube livestream, which lasted for about two hours. Alas, funky tech ornaments inspired by the Christmas spirit really are wonderful. 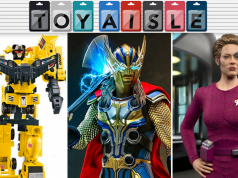 This Week’s Toy News Is Bringing the Thunder 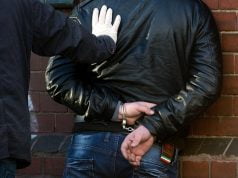 No, the Supreme Court Did Not Just Obliterate Your ‘Right to Remain Silent’ 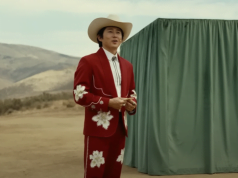