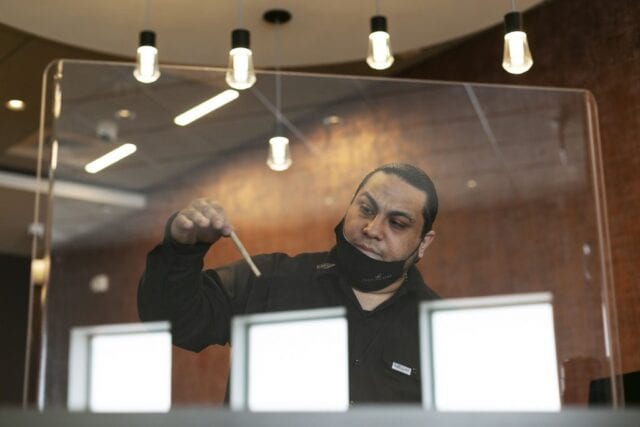 OK, so you’re new to this marijuana thing. You’ve driven by one — or two or three — dispensaries that are popping up like Pez dispensers in communities up and down the Pioneer Valley.

You’re curious. You’ve got some stimulus money. Odds are you’re on the “older” side, say in your 40s or 50s. You might have some aches and pains, or maybe not.

You want to try it out, but have no clue where to start. Guess what? You’re not alone. Many first-timers are thinking about dipping their toes into this strange new world.

For many new users, the fast pace and overt security measures used at local dispensaries can feel overwhelming, as can sorting through the plethora of products on the menu.

That’s where a “budtender” — something akin to a pot-buying guide — can come in handy. The main job of these employees and growers, who work at most dispensaries, is to match you with the product and strain of marijuana that best fits your needs.

“We have first-time users starting to come in every day,” says Stephanie McNair, the owner of Turning Leaf Centers, a new marijuana dispensary and craft bar on King Street in Northampton. “The budtenders spend quite a bit of time with them going over all the different things that they can do and feel comfortable with.”

For a first-time user, the most important factor to ensuring a positive experience might be simply finding a community to get high with. Turning Leaf Centers believes that the experience of first-time users is so important that the company has made catering to this community of users one of the pillars of its business model. General Manager Richard Hernandez says it’s much easier to open up about your needs and reasons for use if there are other people asking the same questions.

“To me, everyone who walks in that door is a medical patient, whether or not they really are,” Hernandez says. “If you’re using marijuana regularly, it’s likely that you have some sort of medical symptoms it’s relieving, and our job is to help make that experience even better.”

The dispensary opened last month and launched its first publicity campaign, called “Budstock,” over the weekend of April 16-18, just in time to stock up for 4/20, the unofficial “stoner” holiday. The event included live music, an art show and an afternoon of classes about marijuana consumption.

Something important to keep in mind when approaching weed for the first time is that the average new user is not 21, but rather 45-65 years old, according to Hernandez. He explains that younger users are more likely to buy cheaper marijuana from street dealers than visit a dispensary.

Dispensary marijuana does tend to be a bit pricier than what can be purchased off the street, but Hernandez says that the trade-off is safety.

“When you buy flower from a dispensary, you know that it’s never been touched by human hands,” he explained. “If we touch it even once, we have to throw out the whole stock. So you know that what you’re buying is safe.”

The dispensary experience is different from going to a bar or a liquor store, and new users should expect a more involved approach on their first visits. Hernandez described the experience as similar to a tasting at a winery; as long as you go to a dispensary that focuses on communicating with clients, you should be able to find a marijuana product that suits your needs.

While there are many different types of consumable weed — flower, vapors, concentrates, edibles, etc. — new users should generally try to stick to flower, or “bud,” and vapors.

Vapes are an effective and discrete way to smoke weed, and their effects are relatively short-lasting, which can be helpful for new users. They come in two parts, the vape pen battery and the cartridge, which holds a marijuana oil. Prices vary, but batteries tend to run between $10-$30 and basic 0.5mg-sized cartridges can be bought from dispensaries for around $60.

The short high caused by vaping can help new users explore their tastes and reactions to different marijuana strains.

“You can take two or three pulls from the vape and feel the effects 10 to 15 minutes later,” Hernandez explained. “About 15 or 20 minutes after hitting that peak, you’re going to feel sober again.”

Flower, on the other hand, can be bought in fractions of an ounce. The most common amount of bud to purchase is an eighth of an ounce, which should go for around $45 from a dispensary. It can be smoked through a pipe or in a joint, but the process does require a bit more preparation and tools, like a lighter and herb grinder.

Turning Leaf hosts classes to teach new smokers how to roll joints at its in-house craft bar. Aside from hosting personal parties, the new dispensary also holds these classes during open business hours in hopes of sparking a new community interest.

Other forms of marijuana consumption, like through edibles or concentrates, are best left to more experienced users who already know their likes and dislikes. Edibles are all about timing and take up to two hours to kick in, which can be potentially dangerous for new users.

Hernandez explained that some users can easily take too high of a dose when using edibles because they take so long to start working. Similarly, concentrates are inhaled like vapors, but the high is far longer-lasting, which can potentially be jarring to new users.

There is really no way to immediately stop being high in the case of an emergency, but there are some precautions that new users can take before trying out a new marijuana product. Hernandez suggests that all marijuana users keep some form of CBD on hand. Marijuana is made up of two main chemicals, THC and CBD. THC is responsible for making users feel high when they smoke, and it’s what drug tests search for. CBD, though, is a federally legal chemical that acts as a natural anxiety-reducer.

“If you get too high accidentally, you can take a CBD gummy or pill and it’ll help level out your experience,” Hernandez says.

All weed comes in three major camps of strains which can help with different symptoms and at different times throughout the day. The strain families are sativa, hybrid and indica, which Hernandez says can be generally thought of as “morning, daytime and nighttime strains,” respectively.

Sativas boost energy and creativity, and can be helpful for users with depression and PTSD. The effects of sativa strains are more cerebral and mind-focused than those associated with indicas, which tend to create a full-body numbing high.

Indicas are generally helpful to smoke before bed, according to Hernandez. They produce calming effects which can release stress and anxiety, helping to make the user fall and stay asleep.

Hybrids are a mix between indica and sativa strains, and they can lean more heavily either way. For example, a hybrid strain could be 70% sativa-based and 30% indica-based, which would cause both stress relief and a moderate body high for the user. Because the effects of hybrids are more moderate and energy-maintaining, the strains can be smoked throughout the day.

Turning Leaf aims to bring community-oriented marijuana consumption to western Massachusetts through its targeted events and classes for all experience levels.

“The best way to get involved in recreational marijuana is through forming a community or group,” Nicole Desjardins, marketing and outreach director. Desjardins said. “Imagine if you don’t know anyone to go with, though. Wouldn’t it be easier to get into it if there was a party or event you could go to and learn at?”

Individuals can book parties and classes for private parties through Turning Leaf directly.

“If a newbie wants to come and just have their own special area of time, that’s something that we want to do,” says McNair, the Turning Leaf owner.

The craft bar and usage classes held at Turning Leaf motion to a new wave of community within the world of recreational marijuana. The drug is no longer something to be avoided, but rather a popular choice within adult communities.

“Our hope is that new users can come in with all of those questions,” McNair explained. “And, you know, while they’re there, they can sign up for a class or, a product demonstration, or even a rolling party or invite their friends. This is now the new normal. It’s not your mother’s cannabis.” 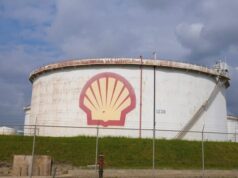 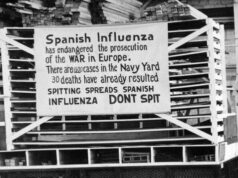 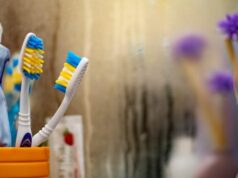 Use Shaving Cream to Keep Your Bathroom Mirror Fog-Free