The 2021 edition of Bonnaroo Music & Arts Festival has been canceled due to flooding at the festival’s Manchester, TN grounds, organizers announced late Tuesday afternoon.

While the campgrounds were initially supposed to open today, Tuesday, August 31st, the opening of the grounds was pushed to Wednesday as rain forecasts worsened. Yesterday, the festival announced that it was reducing camping capacity due to the conditions on the grounds.

“We are absolutely heartbroken to announce that we must cancel Bonnaroo,” a statement from organizers noted. “While this weekend’s weather looks outstanding, currently Centeroo is waterlogged in many areas, the ground is incredibly saturated on our tollbooth paths, and the campgrounds are flooded to the point that we are unable to drive in or park vehicles safely.”

The statement continues, “We have done everything in our power to try to keep the show moving forward, but Mother Nature has dealt us a tremendous amount of rain over the past 24 hours, and we have run out of options to try to make the event happen safely and in a way that lives up to the Bonnaroo experience.”

All 2021 Bonnaroo Music & Arts Festival tickets purchased through Front Gate Tickets will be refunded to the original method of payment.

“Please find ways to safely gather with your Bonnaroo community and continue to radiate positivity during this disappointing time,” the message concluded. “WE WILL SEE YOU ON THE FARM IN JUNE 2022!”

The storm was far from the first he first impediment to this latest edition of Bonnaroo. The popular festival followed a quintessentially “2020” timeline last year. On January 7th, 2020, Bonnaroo announced its 2020 event, set to take place on June 11th–14th. Then, on March 18th, as the scope of the coronavirus’ inevitable effects on the live events industry suddenly became quite apparent, Bonnaroo organizers postponed the 2020 event to late September of 2020—a common reaction from large-scale, early-summer festivals at that time.

However, as the scope of the pandemic worsened in the U.S. in late June, the Bonnaroo team made the call to throw in the towel on 2020 and instead look toward next year, pushing the postponed September dates back to June 17th–20th, 2021. Finally, in September 2020, the festival once again pushed its dates to Labor Day Weekend 2020 (September 2nd–5th).

Even with the September dates, the continued threat of COVID-19 cast a shadow of doubt over the proceedings. As the event drew closer, Bonnaroo instituted various COVID-19 safety protocols for the 2021 event including required proof of full vaccination and/or a recent negative test.

Now, with the Labor Day Weekend event canceled outright due to conditions on the festival grounds, organizers are looking toward the event’s customary June weekend in 2022 for the next Bonnaroo. For more information, head to the Bonnaroo website.

The post Bonnaroo 2021 Canceled Due To Flooding At Manchester, TN Festival Grounds appeared first on L4LM. 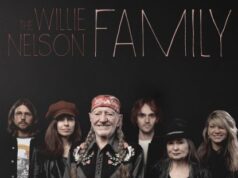 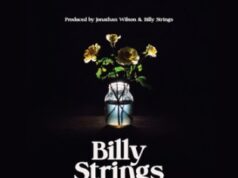 Could the Moon Actually Crash Toward Earth?

September 24, 2021
The trailer for the film Moonfall shows our satellite getting too close for comfort. Here are the physics of what it would take to...