The 2021 edition of BeachLife Festival in Redondo Beach featured more than a passing sense of 2019 vintage déjà vu. The salty smell of the Pacific, the sand between toes at the Lowtide, the chill vibes by Seaside Lagoon, the performances by the likes of Sugar Ray, Counting Crows and Colin Hay. All of it together, a throwback to “The Before Time”—or, at the very least, the last time BeachLife set up on the shores of Los Angeles’ South Bay.

Granted, that last time, there was no vaccine verification, no yellow COVID wristbands, no face coverings on staff (and, occasionally, on fans). And while hand sanitizer stations were certainly prevalent around the restrooms in 2019, they were far more ubiquitous in 2021.

For good reason, of course. After all, if you’re going to hold a mass gathering in the middle of a raging pandemic, you ought to put some precautionary measures in place—if not voluntarily, then certainly by law.

But the peculiarities of this most uneasy of eras didn’t detract from the experience. On the contrary, those measures offered the crowd a confidence and reassurance that they could seek safe harbor at King Harbor for a laidback, care-free escape from reality. For the first time since BeachLife’s inaugural festival in May 2019, Southern Californians could once again reap the benefits of blockbuster performances without the hassle of hustling long distances through endlessly crowded festival grounds.

Such was (and remains) part of the genius of BeachLife. Why try to replicate a mega-festival like Coachella at that scale when you can carefully curate a high-quality event for the audience of current and former beach bums that inhabits the South Bay?

That’s not to say there weren’t times and places when folks came shoulder to shoulder, if not closer. Jane’s Addiction attracted a swell of support, with all the rowdiness to match one of the biggest rock bands from the ‘80s and ‘90s. They returned that favor with their typical flair, including swinging a leather-clad performer from a hook over the stage with guitarist Dave Navarro admiring in awe. The energy of that crowd was aided, no doubt, by Cage The Elephant’s raucous entry just prior, with frontman Matt Shultz’s signature blend of bow-bodied dance moves and silly striptease.

There were masses of hands clapping to Fitz and the Tantrum’s modern arena rock, and throngs singing along to Bob Marley standards sung by his sons, Ziggy and Stephen.

There was no skimping on undercard acts, either. The Revivalists and Silversun Pickups rocked out a-plenty on Friday. Saturday saw Jakob Dylan seize center stage with The Wallflowers. Ben Harper, Gary Clark Jr., and Portugal. The Man kept the crowds coming back for more on Sunday.

Even the side stages, Speakeasy and Riptide, brought big names to bear, from Paris Jackson and Nicki Bluhm to Jim Lindberg of Pennywise, while a strong selection of food and drink options from The Middle Feast and DAOU Winery to Quality Seafood and beyond kept patrons well-served.

It all felt like a return to some semblance of normalcy. Some tweaks for safety, sure, but at no significant or unreasonable expense to the enjoyment of the event.

That the community of Redondo Beach has vaccinated more than 80 percent of its residents undoubtedly played a pivotal part in BeachLife’s ability to not only return after 2020, but come back stronger in some ways. There, on the cusp of herd immunity (at least locally), sprang a sonic bloom.

The good times aren’t all the way back again, if they ever really were. But even as summer 2021 gives way to fall, there are signs of life—at BeachLife and all over the long-dormant world of big events. The days may be dark for a while, but the return of live music amid a pandemic offers hope that there is, in fact, light at the end of this particular tunnel.

Below, check out a gallery of photos from BeachLife Festival 2021 courtesy of photographer Josh Martin. 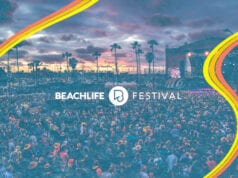 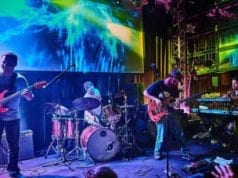 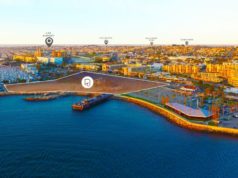 Virginia Beach woman gets 12 years for what could be biggest...