The annual Americana Honors & Awards took place on Wednesday at Nashville’s Ryman Auditorium. The emotional climax of the evening came during a wrenching performance of John Prine‘s “I Remember Everything” by Brandi Carlile, Margo Price, and Amanda Shires.

Just prior to the cover of Prine’s final song—released just two months after his death in April 2020—the singer-songwriter was posthumously awarded “Song Of The Year”. On hand to accept the award was Prine’s family/board members of his Oh Boy Records.

“I think the doors of this building have been pushed wide, wide open,” John’s widow Fiona Prine said at the podium. “In the last several years, but no more so than tonight. And it’s been done by the women—many of whom John loved and toured with and sang with and dueted with,” Fiona said prior to rattling off an extensive list of the young women Prine championed and shone his spotlight on, many of whom were in attendance on Wednesday.

Three of those women—Carlile, Price, and Shires—were on the adjacent stage to perform “I Remember Everything”. With Amanda on fiddle, Brandi on acoustic guitar, and Price at the mic, the three women traded off lines of Prine’s timeless lyrics which ring all the more devastating in the wake of his loss.

“It sounded like a classic Prine song in the best possible way,” producer Dave Cobb, who also was on-stage to receive the award, said in the Tenessean of the song last year. “It’s such a beautiful, simple, poignant message, and crushing that, the context is defined by it being the last song now. Because he wasn’t finished.”

Watch Brandi Carlile, Margo Price, and Amanda Shires perform “I Remember Everything” by John Prine at the Americana Honors & Awards. Carlile’s solo rendition of the song is set to appear on the upcoming tribute, Broken Hearts & Dirty Windows: Songs of John Prine, Volume 2. 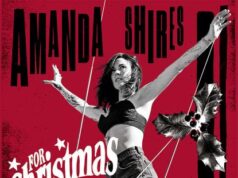 October 12, 2021
Rochester is home to some long standing music venues, one in particular is Montage Music Hall. This venue has seen many acts from locals...