On September 15, 1990 the Grateful Dead continued a six-show run at Madison Square Garden in New York City as part of the band’s Fall Tour 1990. What made the group’s second September ’90 performance at MSG so special was the addition of Bruce Hornsby on grand piano, as he played he first full show as a member of the Grateful Dead.

Bruce was contacted by the band to fill the keyboard role left after the tragic death of Brent Mydland on July 26, 1990. While Hornsby was too committed to his solo career to join the band on a full-time basis, he was willing to step up and perform with the Dead as their second keyboardist while Vince Welnick gained his bearings. Vince was the Grateful Dead’s sole keyboardist over the first six shows of Fall Tour 1990, but on September 15, 1990 Hornsby was added to the mix.

Hornsby would go on to play every Grateful Dead show through March 24, 1992 with the exception of 22 performances. Bruce was no stranger to the band’s music as he not only was a huge fan growing up, but he had sat-in with them on six occasions prior to his debut as a member 30 years ago today.

The addition of Bruce Hornsby to the mix (as well as Welnick for that matter) drastically changed the Grateful Dead’s sound. Gone were Mydland’s signature organ blasts and in its place were the gorgeous grand piano work of Hornsby and the synth swirls of Welnick. On September 15, 1990 the Grateful Dead would play one of Brent’s signature covers, “Gimme Some Lovin’” for the first and last time without Mydland. Other highlights of Bruce’s first show were a pretty “Crazy Fingers,” the “Box Of Rain” that ended the opening stanza, “The Weight” which kicked off the second set and Jerry Garcia’s powerful vocal delivery and guitar solo in “Stella Blue.”

Listen to a crispy soundboard of Hornsby’s first show as a member of the Grateful Dead:

Watch video of the show shared by Voodoonola: 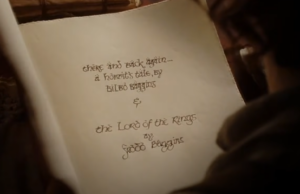 Lord of the Rings’ Ages, Explained

September 19, 2021
Arda, the physical world J.R.R. Tolkien’s The Lord of the Rings is set on, has a history stretching far, far back before Frodo’s adventure...