Coldplay and BTS have finally shared their hotly-anticipated new collaboration, titled ‘My Universe’.

The collaboration first came to light a few weeks back, when Coldplay frontman Chris Martin posted a video to the band’s official TikTok of him harmonising the ‘My Universe’ chorus with some of the BTS crew.

The track was written by both bands, and is sun in both English and Korean throughout. It is set to feature on Coldplay’s forthcoming ninth record Music Of Spheres.

As expected, the euphoric pop song is every bit as genius-ly crafted as expected. The track likens the expansiveness of the universe to the powerful feeling of romance in a relationship.

Coldplay have already teased the first single from the album, which was May’s ‘Higher Power’. ‘My Universe’ is the second cut from the album.

BTS are on a hot streak this year, with ‘My Universe’ being the band’s fourth single release this year. Their previous two singles ‘Butter’ and ‘Permission To Dance’ have both topped the Billboard Hot 100.

The post Coldplay And BTS Team Up For ‘My Universe’ appeared first on Music Feeds. 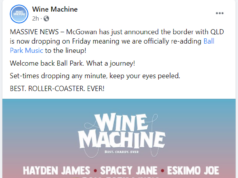 October 18, 2021
Researchers have identified a chemical compound that may be suitable as an active agent against several different unicellular parasites. Among these are the pathogens...