The conditions under which early members of the genus Homo dispersed outside Africa were analysed on a broader scale, across Europe during the Early and Middle Pleistocene. The model is based on the comparison of functional trait distribution of large herbivorous mammals in sites with archaeological or fossil evidence of human presence and in sites, which lack evidence of human presence.

Time until dementia symptoms appear can be estimated via brain scan 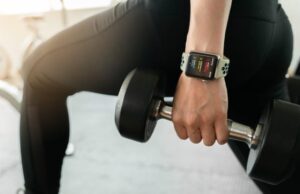 You Should Divide Your Apple Watch Workouts Into Segments

September 13, 2021
There’s a hidden Apple Watch feature that could change the way you log your exercise. It’s called “Segments,” and it allows you to neatly...