The sophomore single from guitarist Danny Mayer arrived on Friday in the form of “Upsetter”. The track, released by Color Red, serves as a tribute to pioneering dub producer Lee “Scratch” Perry, who passed away last month.

From the first moment of “Upsetter”, the song’s psychedelic bounce bears a striking resemblance to the style Perry invented over half a century ago in Jamaica. The self-produced track mixes the Star Kitchen guitarist’s drifting six-string work in with dub-soaked basslines that carry the track through the speakers. “Upsetter” neither begins nor ends, it simply grooves along.

“This deep psychedelic dub track was composed last year, prior to [Perry’s] passing, as Mayer cited Perry as being the sole production influence on his entire upcoming album Beginners Mind,” the video’s description reads. “‘Upsetter’’s solid foundation is another drum loop sent to him by Colin Jalbert. Mayer then dubbed it out and added heavy basslines to create a spacious and psychedelic dub reggae track—plentiful with space echoes, ringing guitar chords, hypnotic vamps, and soulful filtered guitar leads floating on top.”

Stream the second solo single from Danny Mayer, “Upsetter”, via the player below or on your preferred streaming platform. Keep an eye out for more news on Mayer’s forthcoming pandemic-produced album Beginners Mind by subscribing to his official social media page. 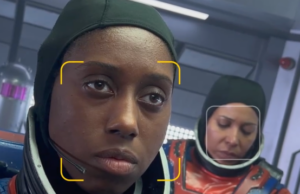 What Is iPhone 13’s Cinematic Mode (and Why Should You Care)?

September 16, 2021
One of the key features of the new iPhone 13 series is called Cinematic mode, and it’s a feature designed to make the iPhone...