It’s been a few months since Kings Of Leon announced they’d be visiting Australian shores again. The announcement of their ‘When You See Yourself’ Australian Tour broke their 10-year Australian drought.

Now, they’ve announced they’re adding just one more show in Melbourne. Their first scheduled show at Melbourne’s Sidney Myer Music Bowl has sold out, so they’ll be backing it up the following night with an additional show.

The additional show will go down Saturday, 2nd April at the same venue. You can find the ticketing details down below — tickets for the new show will go on sale 11am on Tuesday, 14th September.

Listen to ‘Stormy Weather’ below. It’s taken from the band’s latest album When You See Yourself.

Kings of Leon Australian ‘When You See Yourself’ Tour Dates 2022 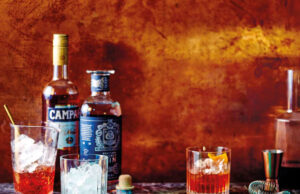 How The Negroni Became One of the World’s Greatest Cocktails