Lana Del Rey has announced via an IGTV post that she’ll be deactivating all of her social media accounts after this weekend.

She posted to the platform earlier today with a black and white filter over the top of the video revealing that she plans to step away from social media due to some of her current projects that “require privacy and transparency.”

“That is simply because I have so many interests, and other jobs I’m doing that require privacy and transparency.”

She noted that she will still be working on her music, spoken word albums, and her poetry.

She also revealed a little more about her upcoming eighth studio album Blue Banisters. She explained that the record is made up of material both new and old, and that her list of collaborators include family members.

She closed out the message by thanking fans.

“I wanna say a heartfelt, just, thank you for, you know, continuing to kind of see me through the music. It’s always important to be witnessed and it’s also really important just to be witnessed by the people close to you that you know and who you trust.”

“For right now, I think I’m going to just keep my circle a little bit closer and continue to develop some other skills and interests.”

Earlier this week, Del Rey released ‘Arcadia’, the next single lifted from Blue Banisters. The record is set to land on Friday, 22nd October.

Watch the video below before she closes her account sometime tomorrow.

Dua Lipa Has Announced An Australian Tour for Next Year 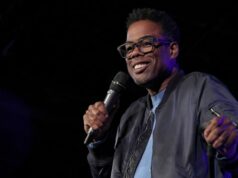 Tourists from Texas assault hostess who asked them for vaccination proof,...

The Walking Dead Remains Haunted by Specters of the Past