Little Stranger are a duo consisting of John Shields and Kevin Shields. The pair recently wowed festivalgoers with three sets at Summer Camp and will soon embark on their biggest headlining tour yet.

“Red Rover” arrives via Ineffable Records following the release of their “Sunburn” single and video last month and is part of a bigger project for the label. “Sunburn” sees Little Stranger joined by Tropidelic frontman Matthew Roads. 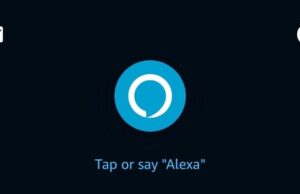 You Can Finally ‘Ask Alexa’ From Your iPhone Home Screen

September 17, 2021
We can all probably agree that Siri isn’t the best smart assistant. Wouldn’t you rather use Google Assistant or Amazon Alexa? If you’re an...

Catch a Ride Around the World in 80 Days With David...

‘I just cry’: Dying of hunger in Ethiopia’s blockaded Tigray

A mother and daughter in LA have been charged with murder...