My Morning Jacket made their return to New York City for a two-night run at Forest Hills Stadium that showcased inspired performances from one of the best live bands of our generation in the midst of one of the most transformational moments of their career. With The Waterfall II released months into the pandemic and their self-titled ninth album weeks away from release, the Louisville quintet is touring in support of two albums written and recorded years apart but whose material is being heard live for the first time.

Devoted fans are familiar with the songs from The Waterfall II whereas all we’ve had to work with from My Morning Jacket is the single, “Regularly Scheduled Programming.” But the volume of new material and thoughtful incorporation of a few covers is enough to understand that Jacket is a matured entity in the midst of a transformational moment destined to be an important part of their legacy.

Brittany Howard opened both nights with similar sets that featured a pair of Funkadelic covers, a take on Nina Simone’s “Revolution” and highlighted by performances of “13th Century Metal” that is surprisingly anathematic for a breakbeat/spoken-word/fusion track.

Jacket opened both sets with album openers, “Wordless Chorus” from 2005’s Z and “Victory Dance” off 2011’s Circuital. Although the selection changed night by night, what was consistent was frontman Jim James taking to a dimly lit stage rocking a fancy new cape that he actively performed with as much as The Black Crowes’ Chris Robinson or Aerosmith’s Steven Tyler use their mic stand.

While the new material shone a light on the transitional status of the band, their performance of “Gideon” told us just as much about the My Morning Jacket of 2021. The bridge on the tune is defined by one of the single greatest screams in rock ‘n’ roll history, a howl that is up there with The Who’s Roger Daltrey on the tail end of “Won’t Get Fooled Again,” The Pixies’ Frank Black on “Monkey Gone to Heaven,” and Joe Cocker on the bridge of “With a Little Help From My Friends.” It was always a matter of time until Jim James was no longer able to execute the most technically demanding part of his catalog and apparently at 43 years of age, that time has come. When comparing the vocals to previous performances of “Gideon,” it’s clear that at Forest Hills, James was figuring out how to compensate and reconfigure the execution of his howl to meet his current abilities.

To be fair to James, at 43, Metallica frontman James Hetfield was a decade removed from performing his earlier material with the vocal ferocity heard on the recordings. At James’ current age, Mick Jagger was touring in support of Dirty Work, and had already begun altering his phrasing to accommodate his vocal capacity. Robert Plant turned 43 the same year as the First Gulf War and hadn’t been playing with Led Zeppelin for over a decade. Everyone ages, and compared to a slew of iconic frontmen, James is getting on pretty well. To explicitly criticize him because of his vocal performance on “Gideon” wouldn’t be fair, but to fairly assess My Morning Jacket at present, it cannot be ignored.

A big highlight of the weekend was the live debut of “Love Love Love” off the forthcoming LP but the most memorable aspect of the weekend was unquestionably the infusion of iconic R&B staples. During a performance of “Phone Went West,” James sang the entirety of Sly and the Family Stone’s “Everyday People” while they continued playing the arrangements for “Phone Went West.” It may not have been a cover in the most technical sense but sandwiched between “Anytime,” and “Mahgeetah,” it was easily a high watermark of the evening.

The second night was the 20th anniversary of 9/11 and in light of the fact that the show was in New York City, folks were wondering if James was going to say anything about the occasion. While he didn’t address it conventionally, he let the music of Marvin Gaye speak for him. Jacket performed “Mercy Mercy Me (The Ecology)” into the title track off Gaye’s 1971 release, What’s Going On. Released at the height of the Vietnam War, What’s Going On is a meditation on the human cost of war and is widely regarded as one of the greatest albums ever made. Hearing James say a few words about 9/11, the war in Afghanistan or our current political polarization might have been more conventional, but the notoriously word-sparse frontman marked the moment in a way that felt just right.

Fans who caught both shows at Forest Hills are likely to still have questions about the direction the band is headed in, but if there’s one thing that’s certain, it’s that it’s an exciting time to be following this band. They have an unprecedented amount of new material in regular rotation, a three-night New Year’s Eve run in Denver on the horizon and the fourth incarnation of One Big Holiday, their destination music festival in Mexico. Following their last New Year’s show in 2017, their future was uncertain, and the closest thing they’d done to an actual tour since then was a brief sprint of gigs in the Summer of 2019 consisting of two nights at Red Rocks and another two in New York City.

Jump ahead to the present and there’s a lot for folks in Camp Jacket to look forward to. Without knowing for sure what the next stage of My Morning Jacket is going to look like, if there was just one takeaway from their shows in Forest Hills, it’s that this is a restlessly evolving band, equipped for longevity and prepared for a lengthy stretch of productivity. 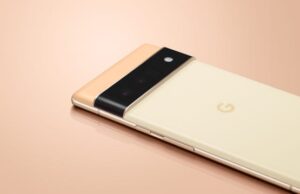 September 20, 2021
With the Pixel 6's launch expected to happen sometime in October, more details about Google’s next flagship phone have started to leak out including...