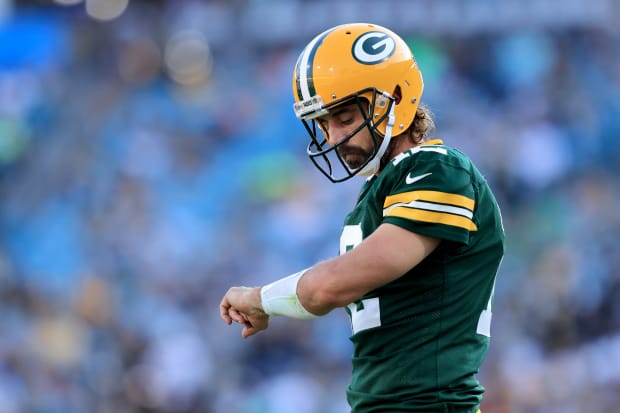 I’ve been in the NFL prognosticating business for some time, but there’s no way I, or anyone, saw this coming.

Aaron Rodgers opened the defense of his MVP campaign with the worst game of his life. Rodgers played so bad I had to keep checking to see if he hadn’t been secretly replaced by his brother Jordan from The Bachelorette.

But that wasn’t the case. Jordan Rodgers, at least, completed his pass to Bachelorette JoJo Fletcher and actually made it to the end of the show.

Last Sunday, Aaron Rodgers didn’t even get to finish the game. He would get no rose that night. It was straight to crying in the limo for him.

In spite of the poor showing, Green Bay remains one of the Super Bowl favorites at MaximBet with 16-1 odds, the same as the Ravens and Seahawks.

I’m not sure if Rodgers is looking really hard at that empty Jeopardy! podium right now, but it’s got to sit there in the back of his mind.

Rodgers and the Green Bay Packers had a tumultuous offseason, one where the MVP felt he had been disrespected by his team, in the way they refused to include him in the team building process and, more specifically, how they’d decided to draft his replacement in Jordan Love without informing him.

Rodgers figured that, since they were so eager to run him out of town, he might as well speed it along. The Pack, after making it all the way to another NFC Championship and Rodgers having one of the best seasons of his life, decided they weren’t quite ready to consciously uncouple just yet.

I said earlier that Rodgers had the worst game of his life. I have no way of knowing that. I’ve never seen his Pop Warner tapes or middle school films. But I have to assume an 11-year-old Aaron Rodgers could have played no worse than the 37-year-old version who amassed a 32.8 passer rating in a humiliating 38-3 loss to the New Orleans Saints in Week 1.

Through the magic of the NFL’s passer rating system, if you were to drop back and toss every pass right into the dirt, you would record a 39.6 rating. That’s nearly seven points higher than Rodgers’ rating Sunday against the Saints.

It was the lowest passer rating in the history of the NFL for the reigning Most Valuable Player, and the Packers’ 3 points was the lowest point total for a team in the first game of that MVP’s following season.

I want to make another joke about Jordan Rodgers here, but I can’t. Jordan completed his pass on The Bachelorette finale. He got a fiancé. All Aaron Rodgers got last Sunday was exposed to whatever stupid rancid COVID-19 variant Governor Ron DeSantis is currently brewing up in Florida. They played in Jacksonville, so I’m guessing it’s some kind of Chlamydia hybrid at this point.

Once Rodgers had flexed his muscle enough to get the Pack to cave, presumably setting up a trade this offseason, he posted a photo of Michael Jordan and Scottie Pippen on his Instagram from the ESPN documentary The Last Dance and tagged Green Bay wide receiver Devante Adams.

The idea was that he and Adams, who is in the final year of his contract, would make one more run at a title together, get it done, then, I guess part ways and vacate Chicago like Al Capone dodging the IRS.

It’s a long season. Literally the longest in NFL history with the addition of a 17th game. It’s easy to overreact to what happens in Week 1, but this was historically awful. To quote Dorothy Parker, this wasn’t just plain terrible. It was fancy terrible. It was terrible with raisins in it.

The Pack and Rodgers need to bounce back in a big way. At MaximBet, they are currently 10.5-point favorites against the Detroit Lions on Monday Night Football this week. Lions quarterback (and Rams cast-off) Jared Goff is coming off a pretty great game, throwing for 338 yards and three touchdowns in a near-upset of the San Francisco 49ers. His passer rating Sunday? 92.6.

A “Last Dance” is supposed to be a symbolic graceful waltz. A few more performances like this from Rodgers and he’ll be lucky to do a TikTok twerk.

It’s the game no one asked for to the point that no one but the NFL Network will air it.

Daniel Jones and the New York Giants bring their plough horse attack to face off against Taylor Heinicke (filling in for the injured Ryan Fitzpatrick) and the Washington Nameless Ones.

What does it say about Jones that Heinicke is literally making his third NFL start and second regular season start and is still more than a field goal favorite? I’m not one for giving up on NFL QBs early, but Jones needs to do something now before he ends up being the best quarterback to ever be awarded the title of Fudrucker’s Grillmaster. 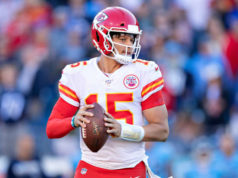 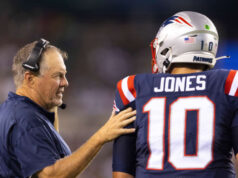 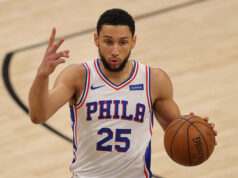 Barely half of US adults can name all three branches of...