This weekend’s Phil Lesh & Friends concerts in Colorado will be featured in livestreams. Shows in Dillon, Vail and Lyons can each be viewed via FANS.

Grateful Dead bassist Phil Lesh will be joined by guitarists Stu Allen and Grahame Lesh for the run as well as keyboardist Holly Bowling and drummer John Molo. The quintet plays Dillon Amphitheater in Dillon on Thursday, September 16. Next comes a show at Vail’s Gerald R. Ford Amphitheater on Friday, September 17 before the short excursion ends at Planet Bluegrass in Lyons on Saturday, September 18.

Tickets for all three livestreams can be purchased through FANS.live. The webcasts include on-demand viewing until Monday, September 20 at 11:59 p.m. PT. While Thursday’s concert and broadcast begins at 8 p.m. ET/5 p.m. PT, Friday and Saturday’s shows and livestreams have a start time of 9 p.m. ET/6 p.m. PT. 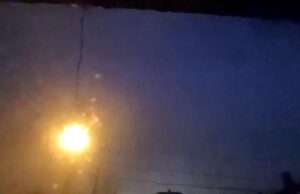 Lightning flickers in skies over Ohio

Catch a Ride Around the World in 80 Days With David...

‘I just cry’: Dying of hunger in Ethiopia’s blockaded Tigray

A mother and daughter in LA have been charged with murder...