Marvel‘s Shang-Chi and the Legend of the Ten Rings has set a new Labor Day weekend box office record with a massive $90 million haul across four days.

The action movie crushed the previous record holder Halloween, which made just $30.6 million over Labor Day Weekend in 2007.

Shang-Chi also raked in $75.5 million from 4,300 domestic locations across across three days, while its international earnings are estimated at $127.6 million so far.

Despite industry concerns that the COVID-19 delta variant would keep movie theater audiences at home, Shang-Chi also notched the second-biggest opening weekend of the pandemic, behind only Marvel’s Black Widow with $80 million.

It likewise beat out the debuts of Fast & Furious sequel F9 ($70 million) and A Quiet Place Part II ($48 million), both of which opened earlier in summer at time when COVID-19 levels were lower. The well-reviewed flick also boasts a 98% Audience Score on Rotten Tomatoes.

And while Scarlett Johansson is still battling Disney over the company’s decision to stream Black Widow on Disney+ while it was still in theaters–boosting subscriptions but diminishing ScarJo’s percentage of the lucrative box office take–Shang-Chi will be exclusive to theaters for 45 days before hitting Disney+ Premier Access.

If you didn’t get a chance to catch Shang-Chi in theaters over the weekend, check out the trailer above. 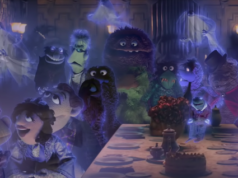 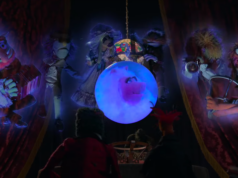 What If Turned Thor Into Marvel’s Most Obnoxious Only Child

September 22, 2021
Before Thor: Ragnarok singlehandedly turned Odin’s eldest son into one of the Marvel Cinematic Universe’s golden children, the Asgardian thunderer was still more of...