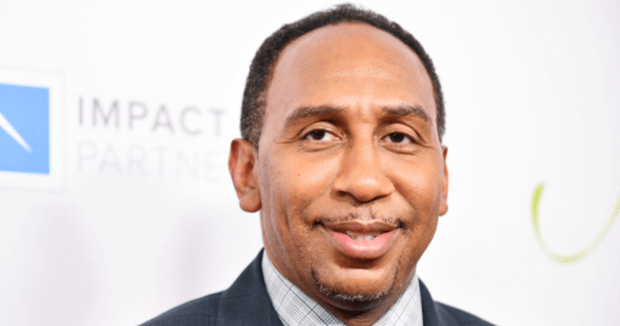 Like Charles Barkley, sports commentator Stephen A. Smith has had it with pro athletes who are either anti-vax or cagey about whether they’ve been inoculated with a COVID-19 vaccine.

Smith, noted for his blunt commentary, addressed an unequivocal statement to athletes skeptical about vaccines on Tuesday’s episode of ESPN‘s First Take.

If you’re vaccinated, it’s cut in half, the time you have to sit out. That’s the bottom line, that’s the reality of the rules in the NFL. If you’re not, you’re 10 days, it’s gonna be 10 days, regardless.

And 10 days is gonna cost you a game — unless you’re potentially in a bye week — or two.

Smith admitted that though the issue was between the NFL and its Players Association, he felt commissioner Roger Goodell should put his foot down and not permit players refusing the vaccine to take the field.

Here he was in total agreement with Sir Charles:

Unfortunately, Smith’s statements are more salient than ever. Yahoo reported Tuesday that daily coronavirus infections are now “four times higher than they were following Labor Day weekend of last year with the number of daily deaths twice as high as they were this time in 2020.”

New infections are causing a terrible ripple effect as well, according to the report, as “intensive care units across several states are inching closer to full capacity, which could force doctors to make life-and-death decisions.”

With that new data in mind, Stephen A. Smith’s statements hit harder. “I think it’s shameful when athletes talk about, ‘Oh, it’s a private matter,'” he said.

“It is not a private matter,” Smith continued, “because it affects anybody that’s standing right next to you. You’re not living a private life, that’s ridiculous.

Smith went on to note how hypocritical it is to accept all the other types of vaccinations that are part of life from childhood on, like the yearly flu shot, and then decide that only coronavirus vaccinations are a problem.

It’s unlikely he’ll get much in the way of blowback for this particular rant, but if he does, at least Stephen A. Smith knows that Charles Barkley has his back. 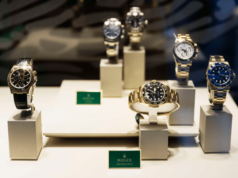 Rolex Issues Rare Statement on Availability of Its Watches

September 24, 2021
Brandi Carlile shared a live recording of her current single “Right On Time,” taken from a recent performance at Red Rocks Amphitheatre while accompanied...