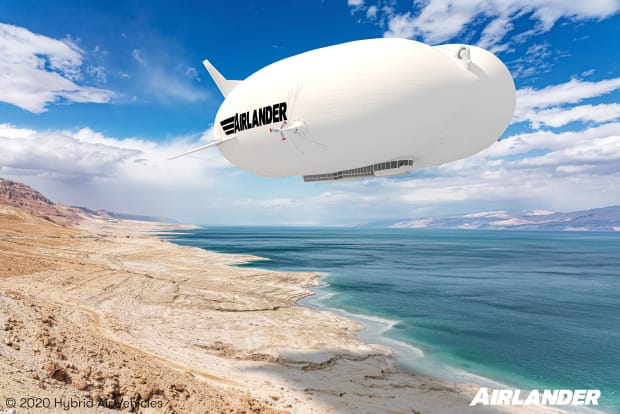 A next-gen hybrid blimp that’s been nicknamed “Flying Bum” is poised to be the world’s largest production aircraft. And the curviest, if you ask the internet.

Measuring 302-foot-long and 144-foot-wide according to the Guardian, the Airlander 10 by the U.K.’s Hybrid Air Vehicles is impressive as an eco-friendly airship.

A forthcoming hybrid-electric system due will raise that emissions reduction to 90 percent before the Airlander 10 goes all-electric in 2030.

Maximum altitude and range clocks in at 20,000 feet and 4,000 nautical miles, though a limited speed makes the Airlander 10 more suited to shorter regional jaunts.

According to Inside Hook, as many as 100 passengers can stay airborne for up to 5 days, all while taking in some tremendous views.

But none of that is what made the Airlander 10 internet-famous for all the wrong reasons. One choice photo posted by engineering-focused Twitter account Stem Feed is being compared to an ass en masse.

Vice rounded up some of the many memes spawned by minds in the gutter.