On this date in 1994, the Grateful Dead welcomed Bob Dylan for their encore at Madison Square Garden in New York City. Dylan led the Dead through “Rainy Day Women #12 & 35” at The Garden.

The collaboration came at the end of the Dead’s fourth of six 1994 concerts at the famed New York City venue. Bob had famously teamed with the band for a run of six stadium shows in 1987. Each of those performances featured two GD sets to start and ended with the Dead serving as Bob’s backing band. Highlights were released on the 1989 live album Dylan & The Dead.

While the Grateful Dead performed many Bob Dylan songs over the course of their career, including the sets backing the legendary artist, “Rainy Day Women #12 & #35” was not one of them. Bob’s guest spot on this date in 1994 was at the time the first collaboration between the acts since February 12, 1989. The Dead debut of “Rainy Day Women #12 & #35” came after a lengthy second set filled with such classics as “Eyes Of The World,” “The Wheel” and “Morning Dew” as well as a Dylan-less version of Bob’s own “All Along The Watchtower.”

Watch two-cam video of “Rainy Day Women” thanks to LoloYodel: 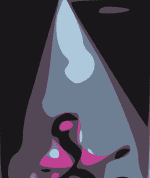 The Disco Biscuits Bust Out ‘Floes’ In New Jersey 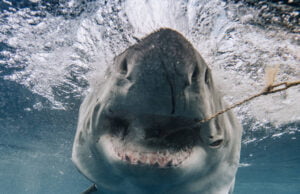 Pictured: Brutus the great white shark bares his teeth for the... 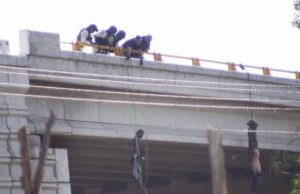 Bodies hanging from Mexico overpasses: Powerful drug cartels are back to...

Mark Daniels: It’s clear the NFL messed up by letting the...

Tamarya Sims Is on a Quest for Land

Thinking of Sending That Quick ‘Love You’ Text? Just Do It