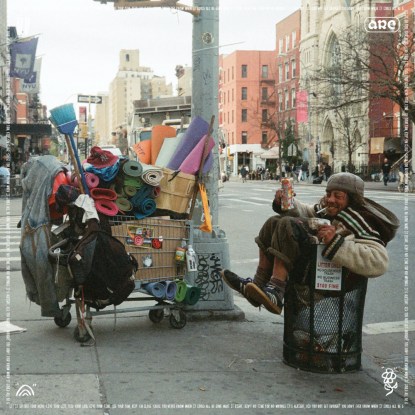 Flatbush Zombies rapper/producer Erick the Architect arrived with a new single on Thursday, “Self Made”. The multi-hyphenate also uploaded his “Skinny Ramen Freestyle” to streaming services.

The song carries a trademark downtempo Erick the Arc self-produced beat as the rapper born Erick Elliot verbally ascends the ladder as the “Self Made” man he is. Erick’s lyrics go well beyond street bravado, however, with retrospectively personal lines like, “Seein’ fiends lean, held the Beams at 14/Anyone knew me then would say I’m living out my dreams.”

“I started performing this new song recently and it really felt like the right moment to put out some more music for the people,” Erick recently wrote about “Self Made” on social media. As for the single’s wry artwork, Arc said, “I actually took this picture many years ago walking in Manhattan — the money in this wonderful gentleman’s hands was cash I gave him in exchange for this pose, it’s priceless really tho LOL.”

Packaged alongside “Self Made” is Erick’s “Skinny Ramen Freestyle”, a more aggressive lyrical assault as compared to the new single. The freestyle was originally published earlier this year as a teaser for the Future Proof EP that arrived in January but had only been available on YouTube. Stream both tracks below.

Erick the Architect — “Self Made” / “Skinny Ramen Freestyle”

The post Flatbush Zombies’ Erick the Architect Is “Self Made” In New Single [Listen] appeared first on L4LM. 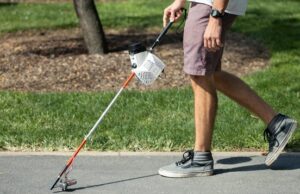 October 14, 2021
Engineers at Stanford University have attempted to improve the standard white cane, used to help visually impaired people move around independently and safely. In...

I went inside the secret airplane compartment where flight attendants sleep...

Peacemaker’s First Trailer is Superhero Patriotism at Its Dumbest

The New Suicide Squad Game Shows Us How We’ll Kill the...