Acclaimed singer-songwriter Natalie Hemby played “Radio Silence” on The Kelly Clarkson Show. Hemby also chatted with the host as part of her appearance on Wednesday’s episode of the daytime talk show.

“Radio Silence” is featured on Hemby’s recently released album, Pins & Needles. Natalie told Kelly the song was written during a difficult period of her life. “It’s about being in so much pain, you have a hard time letting people in,” Hemby explained.

The episode marked the “first meeting” between Kelly Clarkson and Natalie Hemby. Natalie, who appeared via video chat, co-wrote Clarkson’s 2020 single, “I Dare You.”

A Last-Minute Nuke to Shatter an Incoming Asteroid Could Actually Work,...

October 14, 2021
Encouraging results from a computer simulation point to the use of nuclear devices as a viable defense against Earth-threatening asteroids that suddenly appear out... 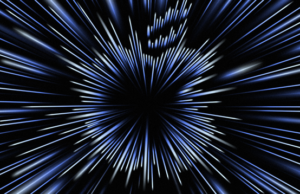