Phish fall tour began at Golden 1 Center in Sacramento on Friday with the band’s debut at the venue and first show in California’s capital city since 1996. The group made opening night count by fitting the live debut of 35-year-old original “And So To Bed” as well as other rarities into the setlist and delivering a handful of stellar jams.

The quartet kicked off the concert and tour with Kasvot Växt rocker “The Final Hurrah,” marking the first time the song has opened a show. Hopefully the band wasn’t making a statement with the selection. LD Chris Kuroda wasted little time moving the trusses that are part of the rig for the first Phish indoor shows since New Year’s Eve 2019 as guitarist Trey Anastasio wailed away and keyboardist Page McConnell responded with jazzy rhythmic work. Next up was an unusually placed “Harry Hood,” appearing early in a first set for just the second time since December 2, 2003. Drummer Jon Fishman triggered sound effects within the intro as it appears his controversial electronic drum pad isn’t going anywhere this tour. Anastasio strung together one pretty melody after another to get the “Hood” jam underway and fit a few evil minor-key riffs into the mix before quickly building to a peak.

Next came Phish’s first cover of the Taj Mahal classic “Corinna” since December 30, 2019. August 17, 2012 was the last time the band played “Corinna” at a venue other than Madison Square Garden. The interesting placements kept up with just the second “The Squirming Coil” performed in the middle of a first set over the past decade. Phish embarked on a few inspired moments of full-band jamming before McConnell played his typical solo that ends the song as his bandmates looked on. Bassist Mike Gordon had a turn in the lead vocal spotlight for the subsequent romp through the Little Feat-esque “555.” Then, Page fronted the group on his Undermind contribution, “Army Of One” before Phish dusted off their Del McCoury Band cover, “Beauty Of My Dreams,” for its first play since November 2, 2018 — a span of 72 shows.

The evening and tour’s first Type II jam developed out of the ensuing “Mercury.” Gordon settled in a progression and his bandmates quickly fell in line. Anastasio then directed a move to blissful territory as McConnell worked over his synth and grand piano. Eventually, Trey stepped up to lead the mid-tempo jam to a rolling boil before Phish returned to “Mercury” to conclude the song. Phish capped the set with a typically raging “Character Zero.”

Read on after The Skinny for the rest of the recap and more.

Snugpups Dog Coats – Officially licensed Grateful Dead dog jackets & Donut dog jackets for ALL size pups. Wag on over to stock up for phall tour – now your pups can be Deadheads and Phans too!

Save 15% with code JAMBASE

Visit JamBase’s The Skinny Hub
to explore past shows and tours.

“Scents And Subtle Sounds” got the call to open the second set and began after a false start. Friday’s show marked the first time the complete “Scents” opened a set since July 23, 2003. “Complete” may be overstating it as the jam barely got off the ground before a smooth transition into “Plasma.” While “Scents” didn’t contain much improv, “Plasma” featured a hearty dose of full-band jamming. Fishman provided a march beat heavy on snare underneath exquisite interplay from McConnell, Anastasio and Gordon. The final notes bled into “Free,” a track like “Character Zero” featured on Billy Breathes, an album that came out 25 years ago today. It seemed though the milestone was on the band’s mind as the title track filled the ballad spot. Next came an adventurous “Piper” that saw Phish explore various jam spaces with Page giving a tour of his rig throughout what was an improvisational highlight of the night. The final section of the Sacramento “Piper” was a deliciously weird and dissonant affair. “Piper” was followed by another jam vehicle in “Ghost.” Phish settled in on a gorgeous progression and rode it to glory.

What happened next was one of the most unexpected moments in Phish history when it comes to original songs. The quartet debuted the instrumental “And So To Bed” live 35 years after the track appeared on the demo collection The White Tape. “And So To Bed” was originally found on the Green Dolphin Street Demo, a cassette tape Trey Anastasio distributed as a Christmas present to friends and family in December 1985. The beautiful composition written by Anastasio had never seen action in concert and was thought to be forgotten. Apparently, Trey never forgets. The White Tape was issued as a demo in 1986 before receiving a proper release in 1998.

The four-piece followed the obscurity with “Sigma Oasis,” the title track off their 2020 studio album. Anastasio struggled with the lyrics, some of the only rust he or any member of the band showed throughout the evening. From there, Phish uncorked an unusual “Tube” featuring “Tears Of A Clown” teases from Anastasio and mellow yet euphoric jamming. As if opening night wasn’t memorable enough, Phish transitioned from the bliss-laden “Tube” into “Brother.” The bust out was last played on December 30, 2017 and Friday’s “Brother” was just the 18th version since 1992. “Brother” gave Phish fits and the band started “Brother” a second time after Trey told the crowd, “It’s been a while since we played that one.” Phish pulled it together for a sweet jam on a song credited to all four members of the band. Anastasio queried the crowd on what other song ends with Phish pulling on their throats. McConnell beat the crowd in responding with the correct answer, “Rift.” Trey was impressed and quipped, “Ten points for the keyboard player!” He then mentioned it had been a while since Phish played Sacramento and a crowd member told him the band’s last show in the city took place in 1996.

A tender cover of Los Lobos’ “When The Circus Comes” and plodding “Golgi Apparatus” brought the +90-minute second set to a close. Phish would have been excused for playing a quick encore due to the extended second set. Yet they turned in a well-jammed “Sand” to end the night.

Phish makes their Chase Center debut in San Francisco tonight. Livestreams are available via LivePhish.com and the concert will air on SiriusXM’s Phish Radio.

Phish From The Road Photos 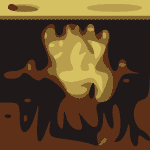 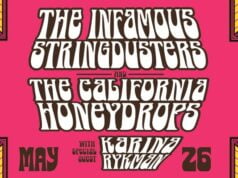 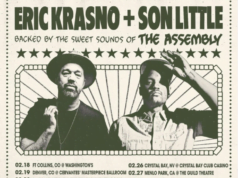 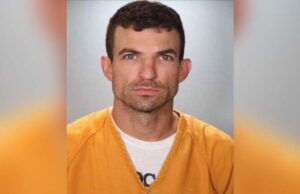