Ed Sheeran and Elton John‘s forthcoming Christmas track will be released this Friday, 3rd December. The pair have shared a trailer to promote the track.

“Elton rang me on Christmas Day to say Merry Christmas. Elton rings me almost every single day,” he explained. “He said, ‘’Step Into Christmas’ is Number 6 in the charts! I want to do another Christmas song – will you do it with me?’”

In the trailer, Sheeran knocks on John’s door. Channelling Love Actually, he slowly sifts through a stack of placards that read “Last Christmas I received a call from my mate Elton John and he told me we should do a Christmas song, and I replied ‘Yeah maybe in 2022’, but I actually wrote the chorus that day and here we are.”

“Our Christmas song Merry Christmas is out this Friday (December 3). It has sleigh bells… a lot of them.”

Check out the trailer below.

‘Merry Christmas’ by Ed and @eltonofficial is out this Friday, pre-order or pre-save it here https://t.co/LNCaJ0gJHP pic.twitter.com/oiUcdOUoCs

LISTEN: Mark Hoppus Teams Up With A Day To Remember On New(ish) Song 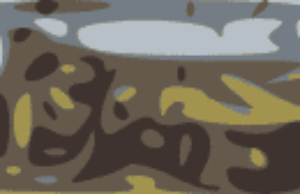 January 14, 2022
Umphrey’s McGee issued a new single entitled “I Don’t Know What I Want” today. The release of the song marks the band’s first full-band,...

Wintry precipitation falls across the South