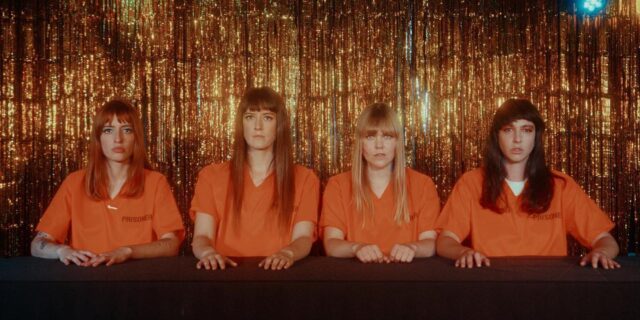 Los Bitchos returned on Monday with the band’s sophomore single, “Good To Go!”. The track is set to appear on the instrumental quartet’s debut LP, Let The Festivities Begin!, out on February 4th via City Slang.

Tom Mitchell‘s music video continues the storyline from the lead single—”Las Panteras“—as the women continue their crusade against the maniacal Las Panteras faction. Unfortunately, the American justice system doesn’t take kindly to vigilantism and Los Bitchos are on trial for their freedom.

Luckily, the judge is Let The Festivities Begin! producer and Franz Ferdinand frontman Alex Kapranos, who plays a dual role as both a courtroom judge and game show judge. Serra “Snitch” Petale, Augustina “Paca” Ruiz, Nic “Tiffany” Crenshaw, and Josefine “Pussy” Jonsson are all contestants on The Trial of the Century, where they compete in feats of  “Operation”, origami, hula hooping, and guitar soloing against a representative of Las Panteras (a black cat).

“Trapped in a surreal courtroom gameshow and spinning the wheel of fortune for our freedom,” the band said of the video. “This song has always made us think of a 70’s game show with its light, fun mood coupled with an intriguing western-style intro. We got all our friends to be our jury and our producer Alex to host/judge the show. We had so much fun making this video.”

Watch the music video for “Good To Go!” by Los Bitchos and click here to pre-order Let The Festivities Begin! The album’s lead single, “Las Panteras”, was featured in the November edition of the Live For Live Music Monthly Mix playlist. 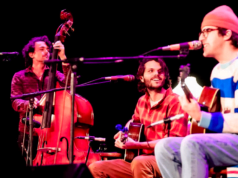 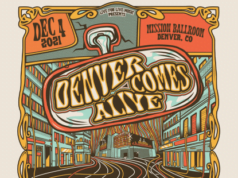 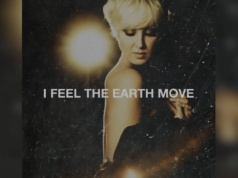 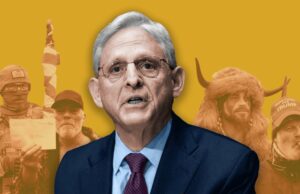 If Merrick Garland Doesn’t Charge Trump and His Coup Plotters, Our... 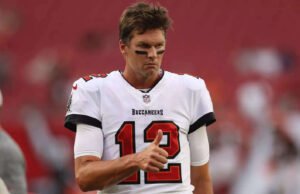