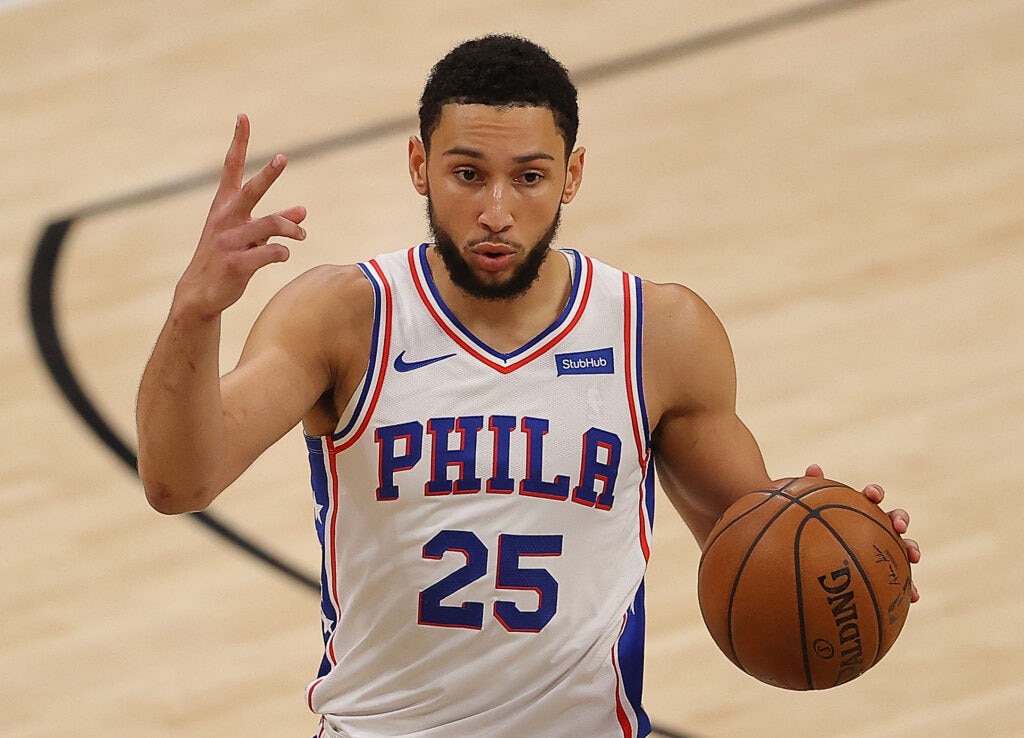 Can the Philadelphia 76ers just shrug off a 35-point loss to the Utah Jazz and say, “It won’t matter come playoff time?”

Actually, yes, they can. And that is both the beauty and the beast of this franchise’s current situation as Team President Daryl Morey continues to scour the league for a trade partner if his efforts to offload Ben Simmons and give folks in Philadelphia some hope that this sorry season can be salvaged.

And quite honestly, with 10 teams from each conference now making the postseason because of the expanded NBA playoff system that now includes a play-in tournament, time is actually on the Sixers’ side (MaximBet currently has the 76ers’ NBA Finals Championship odds at 22-1.)

One thing to remember when looking at possible trade destinations: Any NBA player who signed a contract over the summer is ineligible to be traded until December 15, at the earliest.

So, a guy like Goran Dragic, who is collecting dust in Toronto while making $19.4 million, might be part of an eventual Simmons deal, whether the Raptors land Simmons themselves or whether they act as a broker in a three-team deal.

When trying to figure these things out and make the correct prediction (and in this case, make some money by hitting the correct NBA futures wager at MaximBet), look for a trade that works salary-cap wise and ultimately results in making all the teams that are involved better.

And in the Sixers’ case, they need to come out of this with a new point guard who is not afraid to shoot the ball in the playoffs and has a whole bunch more mental fortitude than Simmons, who is under contract for three more seasons at $33.9 million, $36.3 million and $38.6 million – a significant investment in damaged goods for the acquiring team. If Morey’s asking price is truly four future first-round picks along with a good young player, he ain’t getting it.

But if that price changes, there are possibilities. Below are some of the better options, from my vantage point. And here are the current Ben Simmons next team odds at MaximBet:

CLEVELAND CAVALIERS (15-1): They have come out of the gate 9-7 (before Thursday’s game) with a terrific young nucleus that includes point guard Darius Garland, center Jarrett Allen and rookie Evan Mobley.

They can “outspeed” just about any team in the league when at full strength, which will be elusive with Colin Sexton out indefinitely with a knee injury. But remember that they also have Kevin Love on a $31.3 million contract with one more guaranteed year left at $28.9 million. If they gave the Sixers Love and Sexton and a pick swap or two in exchange for Simmons, is that a bad deal for either team? We say, absolutely not.

TORONTO RAPTORS (12-1): Dragic would only be a start, and finding a second player making major money that Toronto would be willing to part with is difficult. But Kyle Lowry and DeMar DeRozan ain’t walking back through that door, and GM Bobby Webster cannot be faulted if he kicks the tires on something such as Dragic, Chris Boucher and Nando DeColo for Simmons and another player with value such as Shake Milton. Toronto loves Boucher, who is from Quebec, so we do not see this particular one happening. But it works cap-wise, and if Toronto was getting back a decent second player, you cannot rule it out.

HOUSTON ROCKETS (10-1): John Wall is being paid $44.3 million to sit on the sidelines, and he has another guaranteed year left at $47.4 million. Simmons alone for Wall does not work cap-wise, and Morey also would have to work a deal with his former employer along with his successor, Rockets GM Rafael Stone.

A swap of Simmons and Danny Green (who becomes trade eligible on Dec. 15) works from a cap space standpoint, but we do not foresee Stone giving up anything of value when it comes to draft assets. Houston already owes its 2024 (Top 4 protected) and 2026 (Top 4 protected) picks to Oklahoma City. We see this as what may become Morey’s last remaining option with an actual player coming back if Simmons remains on the roster all the way up until the February 10 trade deadline.

PORTLAND TRAIL BLAZERS (10-1): A swap for Damian Lillard is what Sixers fans want most. They even cheered him last week when the Blazers visited Philly. But Portland does not want to move Lillard, and he has not asked out. If that changes, Philadelphia would have to include an additional player because Lillard is three times as good (at least) as Simmons. If that player was Maxey, the deal would work cap-wise. Unlikely, but not out of the question. Lillard is an All-Star and will not come cheap.

SACRAMENTO KINGS (8-1): Buddy Hield was on his way out the door, headed to the Lakers, over the summer before the Russell Westbrook trade materialized at the last minute, much to the benefit of the East-leading Wizards. This deal would not fill the Sixers’ need at point guard if it is straight up, but if the Raptors get involved and Dragic ends up in Philly, it makes some sense.

A three-way deal that works in the salary cap world would send Hield and Dragic to the Sixers, Simmons to the Kings and Marvin Bagley and Tyrese Maxey to the Raptors. Other variables that would include Danny Green could not happen until Dec. 15.

INDIANA PACERS (6-1): They are not going to give up any of Rick Carlisle’s key pieces, and they are set at point guard with Malcolm Brogdon and T.J. McConnell, but if they wanted to try playing Simmons off the ball as a forward, there could be something here.

A deal sending Justin Holiday, Jeremy Lamb and T.J. Warren to Philly for Simmons hits the numbers. Indiana needs some sort of infusion after losing to the lowly Detroit Pistons on Wednesday night to drop to 6-10.

BOSTON CELTICS (4-1): They are a below .500 team after losing to the Atlanta Hawks on Wednesday night, but would Simmons be the answer? Maybe. But making a trade that makes sense is tricky, and Sixers fans have not forgotten that the Celtics fleeced them in 2017 when Danny Ainge dropped down to No. 3 and selected Jayson Tatum while Philly went for Markelle Fultz, who was a bust.

Brad Stevens is calling the shots in Beantown now, and he ain’t giving up Tatum or Jaylen Brown. But a deal that could work would be Marcus Smart (a defender to replace what Simmons does best), Enes Kanter and Al Horford for Simmons, Danny Green and Andre Drummond. Smart cannot be dealt until Jan. 25. The Sixers love having Drummond behind Joel Embiid, so this one seems highly unlikely unless Stevens wanted to add more to an offer.

SAN ANTONIO SPURS (3-1): Gregg Popovich’s team is in a rebuild and now sits at 4-10 with only Dejounte Murray playing exceptionally well. The thinking here is that Popovich would want nothing to do with a player with as much emotional baggage and lack of a winning history as Simmons has, but Pop also has close ties to folks in the Australian basketball federation (as well as former Spurs coach Brett Brown, who knows Simmons well). One last reclamation project before he retires might intrigue him. Derrick White and Thaddeus Young works cap-wise, so this is not an impossibility.

OKLAHOMA CITY THUNDER (2-1): Because they have an NBA-low payroll of just over $79 million, they have the flexibility that no other team has because the salaries do not have to match. Sam Presti is sitting on 12 extra first-round draft picks that he has acquired in trades over the years, including Philly’s 2025 pick (protected 1-6 in 2025, and 1-4 in 2026 and 2027).

If Presti gave Philly back that pick and tossed in other draft considerations, such as Philly’s 2025 second-round pick, the Thunder could take back Simmons without sending back any actual players. Morey would have a hard time selling that to his fan base, but it clears Simmons off the cap and does not force him to take back a bad contract. Also, at a certain point, Presti must get rid of some of those extra picks. He can only have 15 players on his roster. 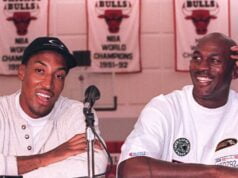 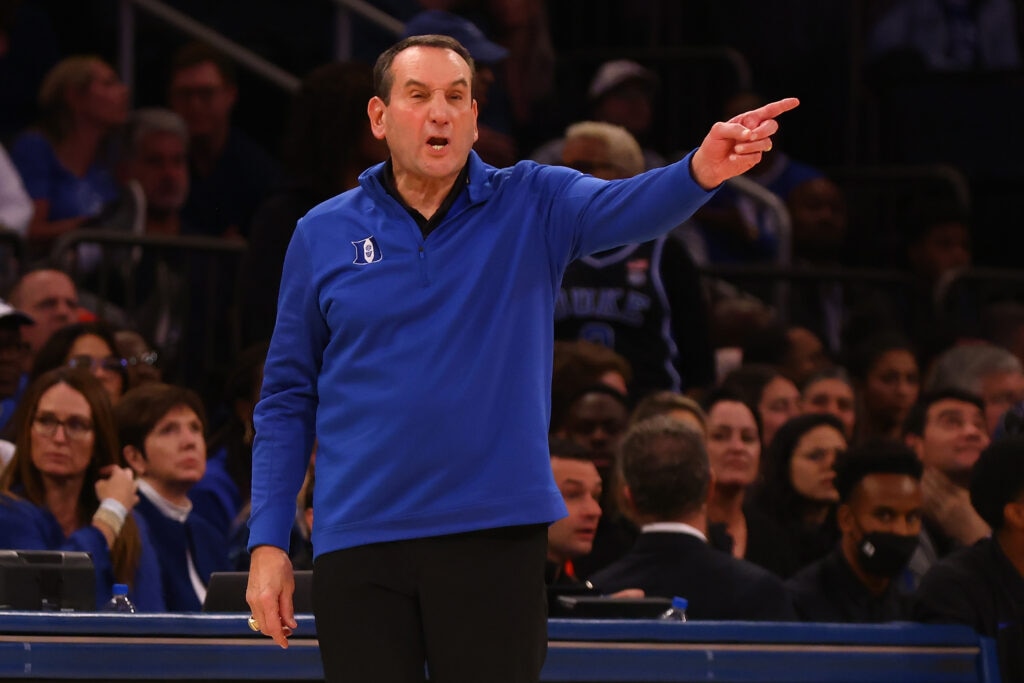 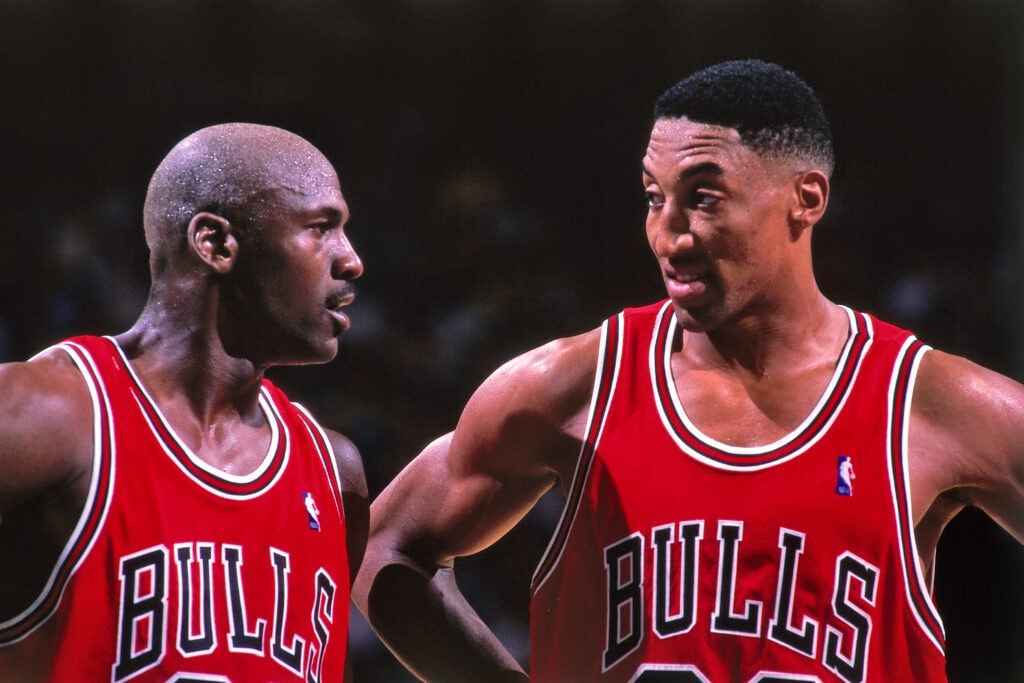 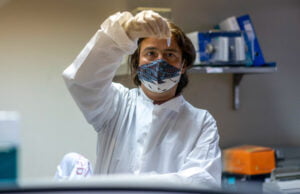