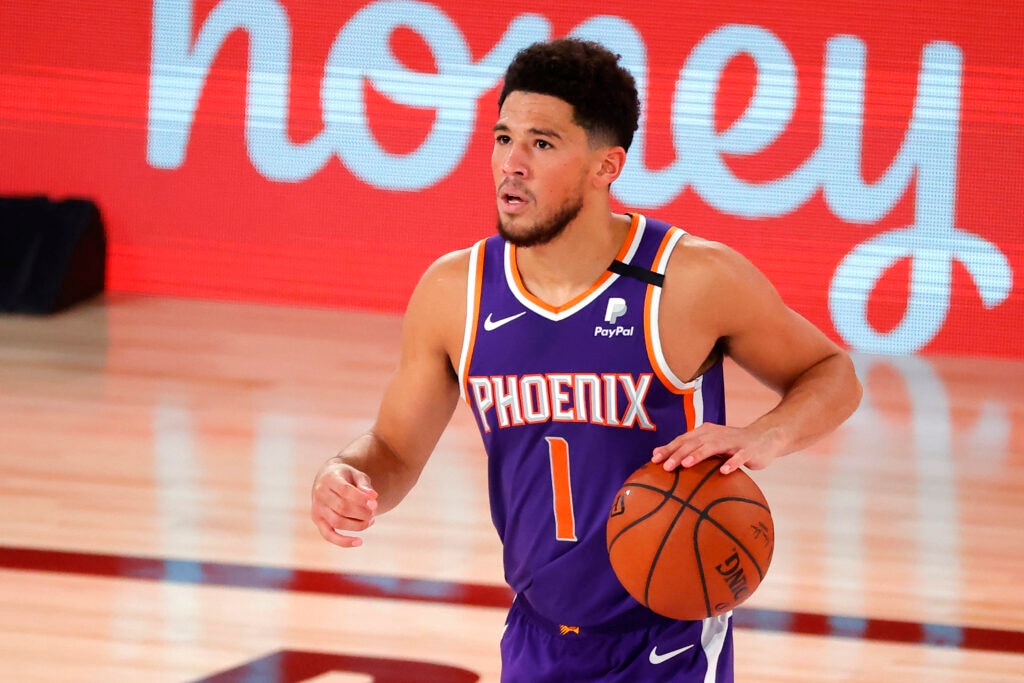 We are still a few days away from the NBA playoffs officially beginning, because the play-in games we’re watching this week are not “officially” postseason games. The “playoffs” officially begin Saturday, and the play-ins are part of a quasi-postseason that does not yet have a name other than “play-in tournament.”

If David Stern was still around, we would not have this problem. He would have put his top personnel on the case, had his team come up not only with a catchy name, and found a responsible, high-paying corporate sponsor for “play-in week.”

Instead, we have Adam Silver steering the ship these days, making conflict aversion and superficial coverage two of the NBA’s main operating strategies.

It will be nearly two months before we have an NBA Finals again, and in the meantime we are down from 20 teams to 18. Another two have to go home for the summer after Friday night’s final play-in games are contested between Cleveland vs. Atlanta and New Orleans vs. the Los Angeles Clippers.

Should the Clippers win that second game, it will mean there will be four former Finals MVPs who have a possibility of winning that award again: Giannis Antetokounmpo, Kevin Durant, Andre Iguodala and the injured but practicing Kawhi Leonard.

Most of the mainstream media are injecting their opinions into the legalized U.S. sports gambling market with a concentration on handicapping each series, but that’s not how MaximBet rolls. Our crystal ball looks further ahead and focuses on odds and prices that will put you in a new yacht rather than a new pair of sneakers, so let’s focus on the biggest prize.

So in order to handicap this thing before the actual playoffs start, we all need to cancel out our inner Dave Roberts and not overthink this. (Despite what Clayton Kershaw said in defense of his fun-hating, perfect-game/no-hitter-ruining Dodgers manager.)

First, look at the brackets. The Nets and Celtics are going to play each other, so that means Durant or Tatum (or Kyrie Irving, who looks like a very good 20-1 pick) will be sleeping with the fishes after Round 1. The Nets went just 1-3 against the Celtics during the regular season, but some of those games happened when James Harden was on the team, and some happened when Irving was ineligible to play in Brooklyn.

So if you like one of those teams, the time to make the play is now. Tatum scored a season-high 54 back on March 3 when the teams met in Boston. Durant and Irving both played then, so that may be your baseline game.

The winner of the Celtics-Nets 2-7 series will play the winner of the 3-6 series between the Chicago Bulls and the Milwaukee Bucks, in which Giannis Antetokounmpo’s team is a prohibitive (-1100) favorite because they swept the season series 4-0, and because Chicago went 0-19 against the top three teams in both conferences. If that stat holds in the postseason, Antetokounmpo and Middleton (28-1) are going to enter the second round well-rested.

“I’m projecting a Bucks-Suns finals, which means I want to have a star from each team, but I am taking Middleton, too, because of the great value. My second favorite in the East is Boston, and I have Brown instead of Tatum because he brings a much bigger return,” Roth said.

The other side of the East bracket will have the top-seeded Miami Heat facing wither the Atlanta Hawks or the Cleveland Cavaliers. If you doubt Heat coach Erik Spoelstra, we remind you to think back to the not-so-glory days of the bubble and recall that Miami went to the championship round before falling in six games against the Lakers.

Jimmy Butler (18-1) and Bam Adebayo (40-1) have intriguing odds if you believe Miami is title-worthy against teams that do not include a player named LeBron James. Also in their bracket are the 4 and 5 teams, Philadelphia and Toronto.

The Toronto Raptors under coach Nick Nurse have already proven that the highly unlikely can happen in previous seasons, but making it to the finals without Kawhi Leonard will be a challenge. Much is being made of the fact that Sixers guard Matisse Thybulle will be ineligible to play in Canada, but the same does not apply to James Harden (40-1) and Joel Embiid (14-1), both of whom now find themselves with something to prove in the postseason.

Since Embiid proved himself MVP-worthy in the regular season, you’ve gotta believe (sorry, Mets fans) that the big fella from Cameroon is going to go for the doable in the postseason, especially now that he no longer needs to carry Ben Simmons.

For those who believe the Sixers have done all that they can, especially since Harden is bound to be a ball hog in the postseason the same way he was in Houston, your best bet may be Pascal Siakam (125-1) after he had two triple-doubles in the final six games of the regular season, or Fred Van Vleet (125-1). Toronto had a pretty nifty 14-4 finishing kick.

And then we have the West, which LeBron will presumably watching from a sofa at a home owned by someone other than Frank Vogel.

The top-seeded Phoenix Suns rolled through the regular season with a 64-18 record and are worthy favorites, which explains the relatively short odds on Booker and Paul and the more enticing 40-1 odds on DeAndre Ayton.

The Suns will open against the Clippers. Leonard won’t play in that game, and it’s still uncertain whether he’ll return if the Clippers make the playoffs:

For those who are wondering, the only players to win three or more NBA Finals MVP awards since its 1968-1969 season inception are James, Tim Duncan, Shaquille O’Neal, Michael Jordan and Magic Johnson. Kawhi is currently listed at 100-1 by MaximBet, the only legalized U.S. sportsbook to list him with a finals MVP line.

“I don’t really see Kawhi playing, and I don’t see the Clippers getting past the Suns even though they like that matchup based upon their past success against that team,” sad Broderick Turner, an NBA writer for the Los Angeles Times. “I just see the Suns as being on a mission, similar to what we saw from the ’09 Lakers after they lost in six games to the Celtics the previous year.”

Teammate Paul George, who had 34 points in the Clips’ loss to the Timberwolves in the 7-8 game, is listed at 50-1 despite the fact that we still do not know if Los Angeles will even make the official postseason. But keep in mind that the Clips went 1-3 against New Orleans but won the season finale after George returned from a torn elbow ligament.

The winner of the Suns vs. Clippers/Pelicans matchup will get the winner of the Dallas-Utah series, which features two superstars: Luka Doncic (25-1) and Donovan Mitchell (50-1) whose postseason resumes do not yet include NBA accomplishments. Doncic, however, was MVP of the Euroleague Final Four in 2018 before he arrived in the NBA. If Dallas wins Game 1, you will not see that same line.

The other side of the bracket features the No. 2 Memphis Grizzlies against the No. 7 Minnesota Timberwolves, and you can be the one and only person who believes Karl Anthony-Towns is going to bounce all the way back from his Tuesday night meltdown against the Clippers and become the Finals MVP for a franchise whose list of postseason series victories since 2004-2005 is awaiting its first entry. Towns is 150-1. For Memphis, Ja Morant is 16-1, and teammates Dillon Brooks (110-1) and Jaren Jackson Jr. (290-1) are unlikely, but still flyer-worthy wager candidates.

The winner of the Grizzlies-Wolves matchup will move on to face the winner of the 3-6 matchup between Golden State and Denver, which is the marquee first-round series in the West because of the recent history of the Warriors and the opportunity for the Nuggets’ Nikola Jokic to do the same thing that Embiid is trying to do in the East.

Curry, coming back from a left foot sprain, was expected to scrimmage Thursday to determine whether he would be allowed to play in Saturday’s Game 1. He is on the board at 14-1 as the lowest-priced member of the Dubs, followed by Draymond Green (50-1) and Klay Thompson (25-1), both of whom have three title rings.

That has to count for something. Iguodala, whose defense on LeBron James earned him the finals MVP award in 2015, is off the board after playing only six games in March and April combined. Jokic is 28-1 as the only member of the Nuggets with a price.

A couple things to remember:

Non-superstars win this award infrequently. Iguodala in 2015, Tony Parker in 2007, Chauncey Billups in 2004 and Joe Dumars in 1989 are the only “supporting cast” members to win it in the last 40 years. So consider that before you take a flyer on a lesser light.

Good luck, and take one piece of advice: Spreading your bets around in April leaves you more likely to have a happy June. So if you like 10 guys as good NBA Finals futures gambles, make all 10 wagers.

Ready for some NBA Playoffs action? Take advantage of MaximBet’s massive welcome offer that puts a 100% bonus up to $1,000 back into your betting account after your first deposit. Sign up here today to maximize your sports betting experience with MaximBet. 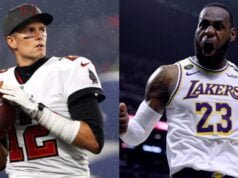 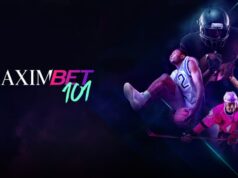 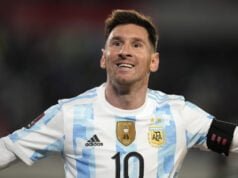 KEF Turns Up The Volume For High-End Wireless Speaker System

May 19, 2022
KEF’s pioneering audio technology has been changing the game for six decades now, ever since the company was known as Kent Engineering and Foundry....