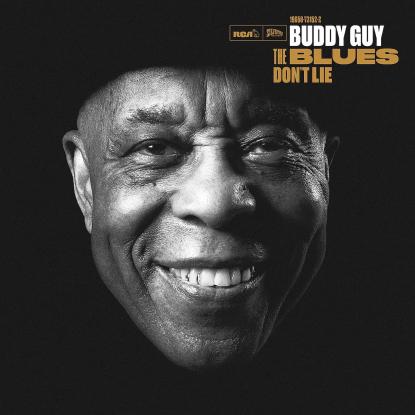 Buddy Guy on Friday previewed his forthcoming album, The Blues Don’t Lie, with the lead single, “Gunsmoke Blues”, a duet with Jason Isbell. Out on September 30th via RCA, the 16-track album will mark Guy’s 34th studio release and arrives on the 65th anniversary of his arrival in Chicago from Baton Rouge.

“Gunsmoke Blues” creeps in before Guy’s mournful vocals set the stage, “Trouble down at the high school/Somebody got the gunsmoke blues…Read it in the morning paper/Or watch it on the evening news.” The songwriting reeks of Isbell’s topical lyricism, as he soon comes in to take the second stanza. The single is truly a collaborative effort, as Guy and Isbell trade-off lyrics and guitar licks.

“Seriously y’all I’m 12 years old in my bedroom with a Strat rewinding Buddy Guy videos, then I’m 40 backstage at a show and Robert Plant is telling me about being a teenager and seeing Buddy Guy on tour in England in the 60’s and now we’re here,” Isbell wrote on Twitter.

Related: ‘Buddy Guy: The Blues Chase The Blues Away’ Unravels The History Of A Legend [Watch]

Check out “Gunsmoke Blues”, the lead single from Buddy Guy’s upcoming album The Blues Don’t Lie, available for pre-order. In addition to Isbell, The Blues Don’t Lie finds Guy collaborating with other greats including Mavis Staples, Elvis Costello, James Taylor, and Bobby Rush. Scroll down for the full tracklist and album artwork. 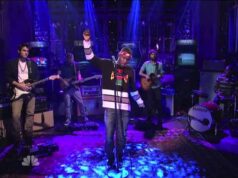