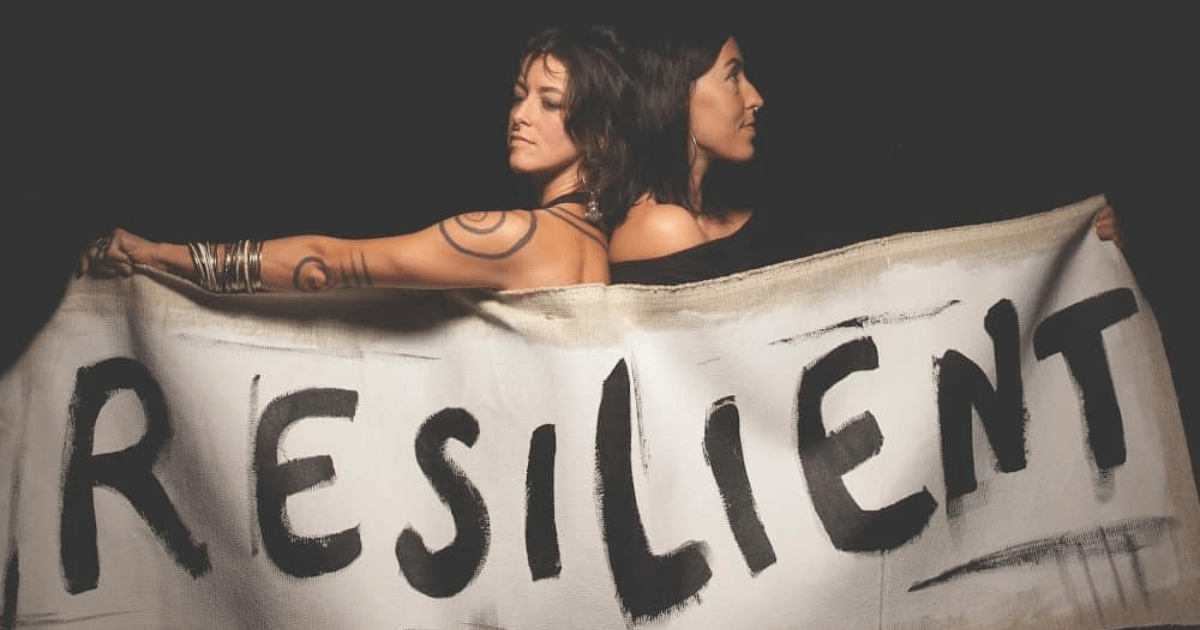 Embarking on their first extended West Coast run in a few years, Rising Appalachia returned to the UC Theatre in Berkeley, CA for a thrilling concert on Thursday, July 28th. The band usually makes its way through NorCal twice annually, but due to the pandemic pause and resulting industry slowdown, they had not appeared in these parts since 2019. Absence makes the heart grow fonder, and the masses turned out in droves to gratefully receive Leah Song and Chloe Smith along with the tremendous trio behind them.

When some musicians began to tip-toe back onto the road last year, hamstrung by a prevailing uncertainty and flying by the seat of their pants with regard to Covid-19 venue protocols, Rising Appalachia practiced extreme discretion in returning to performing. The group only hit outdoor stages for an extended period of shows, eschewing numerous offers and opportunities in the name of safety and collective caution.

Naturally, rabid Rising App fans were positively joyful to welcome back the siren sisters Lean and Chloe to the Bay Area. They have family roots here, as they explained from the stage later in the evening—it’s where their parents fell in love—and the group has recorded nearby. Rising Appalachia also connects to the activist roots that run deep in the very space where they were sharing their music. There was a palpable excitement in the air that is not always present in the moments before a concert.

Rising Appalachia was originally conceptualized with humble, nascent beginnings in Atlanta, GA, before they both spent several years busking, hustling, and embedded in the art and music communities in NOLA. Once the project began to have some national legs, Leah and Chloe finally decamped to Asheville, NC roughly a decade ago and have been a vibrant part of that bountiful activist and music community. In the ensuing years, Rising Appalachia songs, records, and their ever-pertinent messages have traversed all over the world, by planes, trains, boats, and beyond, spreading their resonant hymns and medicinal harmonies far and wide.

Veteran Americana singer-songwriter and all-around troubadour Jeffrey Martin warmed up the people with a succinct set of “sad songs” that sufficiently satiated the early birds as the theater began to fill up.

Just before the headliner’s took their spots, a large sign that read “Resilient” was placed at the foot of the stage facing the audience—a not-so-subtle reminder that if revolution was a movie, Rising Appalachia would be theme music; over the next one-hundred minutes, we’d all find out just why.

Leah and Chloe stepped through the curtains—just the two of them—swiftly greeted the capacity crowd, took the microphones and sang “Bright Morning Stars/BoKtiwak”, a hybrid number that blends the traditional Appalachian folk tune with “Boktiwak”, interpreted via the Costa Rican Bribri First Nation. The sisters were a picture of elegance as they held the theater in the palm of their proverbial hands from the very first notes.

Shortly thereafter, bandmates David Brown (standup bass, baritone guitar), Biko Casini (world percussion, n’goni), and Duncan Wickel (Irish fiddle, cello) joined the ladies and the full ensemble delivered a mesmerizing take on “Novels of Acquaintance”. A very old song that Leah wrote back in the Atlanta era in tribute to their then-budding music community, it was recorded and released on 2015 LP Wider Circles. Also from that record, “Find A Way” was unveiled in scintillating fashion, featuring a proper fiddle duet between Chloe and Duncan.

Leah ruminated on her parents’ Bay Area courtship between songs. She also reflected on the sisters’ New Orleans chapter and undying love for the mighty Mississippi River. She took time to describe a disconnect during the pandemic, how the downtime affected her own life as well as keeping the band in different places for extended periods.

Next they dropped into “Stand Like An Oak”, released as a standalone single last year, and Brown took a sweet acoustic guitar solo on the song that’s “grounded in groundedness.” The hypnotic ragga-upstroke announced “Medicine”, among the band’s most beloved original compositions over the years. A song about the myriad types of teachers in this world, it resonates deeply with fans, evidenced by the throatiest singalong of the evening. “Medicine” segued into the meditative “Caminando”, first heard on 2010’s The Sails of Self. “Caminando” is song of land, place, and honor, revealed through a spiritualized chant that is loosely translated as “to walk, to move, to work.”

Leah took a moment to tell the story behind the band’s latest album, 2020’s The Lost Mystique of Being in the Know. The pandemic had kept the group’s members away from one another for long stretches, and they had not performed together in many months before convening for a local in-studio livestream via Asheville’s IamAvl (Independent Arts & Music Asheville).

During the performance, their creativity and connection came alive in a special way. The group was inspired to book studio time, improvise, and collectively compose songs. They swiftly found the flow state to record a full-length LP, all within just a couple of days. The result is what we hear on The Lost Mystique of Being in the Know, and the quintet delivered a stirring rendition of the album’s opening cut, “Catalyst”, which featured both a cello solo from Duncan Wickel and a standup bass solo from Brown.

The men then departed the stage as Leah and Chloe welcomed singers Marya Stark and Tina Malia for a celestial pair of a capella numbers from a forthcoming collab album in the works. These four women, along with Ayla Nereo (who was absent from this performance) have coalesced to embark on a new project together, as yet unnamed. If these two tunes are any indication, this is a collaboration we should definitely be excited about.

Brown, Casini, and Wickel then returned for a couple more, including the rabble-rousing “Be Loud” from Leylines. Chloe Smith spoke of a writer’s circle she participated in that had leveled up her craft, and both women remarked that people had a reason to be raging mad these days. Then the whole group found its way into an impromptu Rage Against the Machine romp, something of a hybrid between the groove from “Bombtrack” while the sisters screamed the chorus to “Killing in the Name Of”. Both RATM and Rising Appalachia make protest music rooted in human rights, so despite the polarity of the sonics, the basic ingredients and righteous intentions are far more alike than different.

The sisters remained onstage for a riveting duet in “Resilient”, an empowering anthem that makes the hairs on your arms stand, well, like an oak. The hymn to defiance is taken from 2019’s Leylines LP, recorded in nearby Marin County; the duet version was available even earlier than that. “Resilient” remains an uplifting, original folk anthem in its primordial, pared down form.

There was a story about a boat trip in Naples, and an earthy, organic take on the timeless “Amazing Grace”. Before we knew it, the squad was waving while leaving the stage.

Rising Appalachia could have called it right there, as our cups and hearts were fairly full. Yet they returned—all five in full—for a funky-ass frolic through “Downtown”, best known by way of Soul Visions, the sisters’ unicorn collaboration EP with The Human Experience. “Downtown” was a sassy, swaggering joint that forced every last remaining reveler to shake their tail feather one more time before spilling out into the East Bay night—but not before a peaceful post-set benediction from percussionist Biko Casini, who delivered some impassioned words to grow on as we collectively exhaled and turned to face the fights ahead.

The post Resilient Against The Machine: Rising Appalachia Returns To Berkeley appeared first on L4LM. 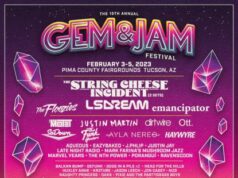 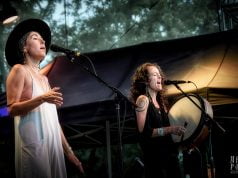 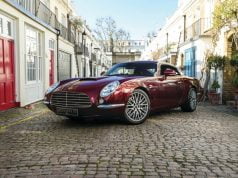