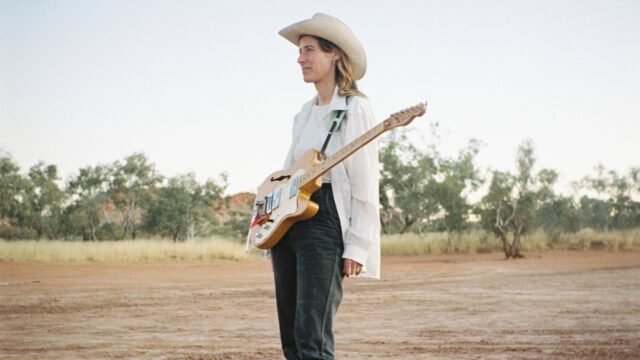 Naarm/Melbourne-based independent label Dinosaur City Records will be holding a pair of showcases across Sydney and Melbourne in October. The two shows will feature artists from the label performing tracks from their newest releases.

The Melbourne showcase will take place on Saturday, 15th October at Colour Club in Carlton with Workhorse, e4444e, REBEL YELL and Elmo Aoyama performing. The Sydney event takes place on Thursday, 20th October at The Lansdowne in Chippendale with Workhorse and e4444e joined by Solo Career and Daily Toll.

The shows will not only act as a label showcase, but will also moonlight as a pair of launch shows for some of the label artists. Workhorse will be launching debut album No Photographs on 12-inch vinyl and e4444e will be launching his third album, I Spend All Day Drawing A Circle. At the Melbourne date, the label’s newest signing, REBEL YELL, will celebrate the release of new single, ‘Protect’, which arrives on 5th October.

Headed by Jordanne Chant, Dinosaur City Records made its debut on the Australian music scene in 2017. Since then, it’s released records by acclaimed names such as Pillow Pro, Skydeck, Punko, Sunscreen, and more. In addition to receiving constant support from community radio across the country, a number of its releases have been nominated for the Australian Music Prize.