I hadn’t expected this car to have the effect it had on me, or everyone else around it. Hollywood stars sprinting out of breakfasts on Mount Street in Mayfair just to see what the hell had blasted past them and round the block, sounding like an Exocet missile but looking like a throwback to a bygone era.

The Morgan Motor Company’s Plus Four is classic tailoring with a twist of modern oomph under the hood; Morgan have been building ragtop rockets for over 100 years, and this is no exception. Its head-turning classic looks are paired with beautiful attention to detail and modern mechanics with all the trimmings. Just perfect for thundering through British hedgerows or dragging the high street.

Morgan has been making the quintessential British motorcar for over 110 years, with the Plus Four model arguably the longest-running production car in the world, with various iterations rolling off the hand-built line since the first iconic 4/4 in 1936. Some might say it is the Porsche 911 of British sports cars: never revolution, always evolution. Line them up over the years and it will be as clear as day that they are all direct descendants.

As with its German counterpart, despite the iconic aesthetics the Plus Four has kept up with the times, and only three percent of the post-2020 model components can be found in the previous iteration. Although the technology has changed, Morgan’s bespoke touch has not, and every car is still designed and built to the spec of each individual owner, using the same three core elements featured in every Morgan on earth: ash wood, aluminum and leather.

This savoir faire has kept the company in the hands of the family which founded it, now in their fourth generation, and ensured a continuing legacy with each new car off the line. Alongside them stand their recent investment partner Investindustrial and the management team and staff who are also shareholders.

I have to say I sported a grin like the Cheshire cat from start to finish and didn’t want to give this ride back. The Plus Four generated similar smiles wherever it went, from the center of Mayfair’s gentleman’s clubs in London, to the country pub in Sudbury. Despite the Morgan team assuming a guy from New York City could only drive an automatic, my yearning for a third pedal and a stick lasted about as long as it took to swing her out of the underground carpark at Hyde Park Corner.

With a brand new bonded-aluminum CX-generation chassis based upon the one recently added to the bigger Plus Six, and a BMW-derived 255hp, 2.0-liter, turbocharged four-cylinder engine mated to the eight speed automatic, she was more than adequate to fulfill any real world thrills I could have desired.

Aiding in the thrill department were both the sport plus mode of the intelligent gearbox, which naturally was spanked 100% of the time I was in the car to enjoy the active exhausts at full trumpet, together with the Bluetooth sound system for the obligatory driving tunes. With its all-new ragtop roof design which goes up and down faster than a go-go dancer at Les Folies Bergère, I even managed to stay dry through the occasional downpour in the land of mist and showers.

As a wise man once said, “Don’t delay, get out and buy one today!” For this really is an iconic piece of kit which has stood the test of time and will never look old on your driveway, or doing the standing quarter mile. And if the car itself weren’t fantastic enough, the chaps at Morgan will even make you a 52-page coffee table book signed by all the craftspeople who built your car, along with the CEO, so that you can ponder the artisanal knowhow that created the masterpiece that is driving your friends British-racing-green with envy. 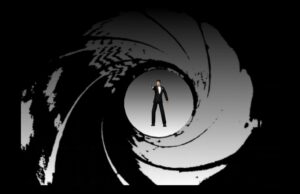