Fall Out Boy have shared new single ‘Heartbreak Feels So Good’, the second to be lifted from their upcoming eighth studio album, So Much (For) Stardust, ahead of its arrival in March.

The new song arrives alongside a video directed by Whitey McConnaughy. The clip begins with a botched kidnapping of Weezer‘s Rivers Cuomo and ends with a cameo from FOB guitarist Joe Trohman, who recently announced his temporary departure from the band. Watch that below.

Fall Out Boy announced So Much (For) Stardust last week alongside lead single ‘Love from the Other Side’. The follow-up to 2018’s Mania is set to arrive on Friday, 24th March via Fueled by Ramen and Elektra.

In a statement, vocalist Patrick Stump said that Fall Out Boy “wanted to get back to the way we used to work” on the new album and “make a record that was really lovingly crafted and deliberate and patiently guided – like someone cooked you a delicate meal.” The band reunited with producer Neal Avron, who previously worked with them on 2005’s From Under the Cork Tree, 2007’s Infinity on High and 2008’s Folie à Deux.

On the day So Much (For) Stardust was announced, founding guitarist Joe Trohman published a note to say he was temporarily “stepping away from Fall Out Boy” to focus on his mental health.

“Will I return to the fold? Absolutely, one-hundred percent,” Trohman wrote. “In the meantime, I must recover which means putting myself and my mental health first. Thank you to everyone, including my bandmates and family, for understanding and respecting this difficult, but necessary, decision.” 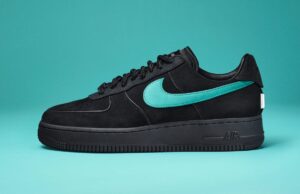